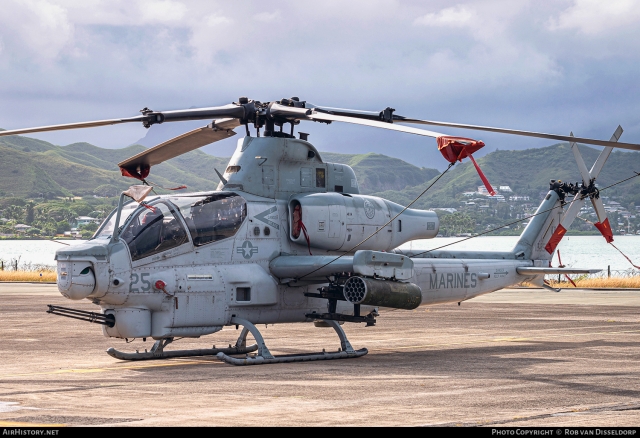 Deactivation of USMC squadrons at Hawaii

The US Marine Corps has started the process of deactivating all its conventional helicopter squadrons in Hawaii, MV-22B and RQ-21 operations will continue. The USMC said that ending helicopter operations in Hawaii will help make the Corps more flexible in the Pacific.

The process is a part of a broader, radical force structure redesign, known as Force Design 2030, the USMC unveiled in 2020. That Force Design will help free up approximately USD 12 billion that will be reinvested in various critical new capabilities for the USMC (including additional Unmanned Aerial Systems).

The first helicopters are already on the move to other squadrons, while the last helicopters are slated to depart their home base MCAF Kaneohe Bay/ MCB Hawaii before late Fiscal Year 2022 (1 October 2021 - 30 September 2022).

USAF C-17A Globemaster IIIs transported CH-53Es to Okinawa (Japan), while UH-1Ys were moved to MCAS Camp Pendleton (CA). Strikingly, although relatively new, two AH-1Zs were sent to be decommissioned. It is unknown if this is the first step in more decommissioned AH-1Zs or if these helicopters were just not the best ones in the inventory. Unconfirmed reports mention that more AH-1Zs (some 10% of its Viper inventory) will be decommissioned as a cost reducing plan within Force Design. 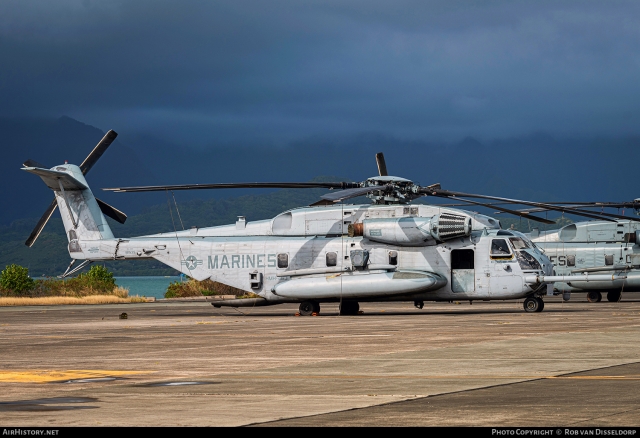 The two squadrons are commanded by the Marine Aircraft Group 24 (MAG-24), part of the 1st Marine Aircraft Wing. The loss of the HMLA, leaves the wing in Hawaii with no organic platforms focused primarily on close air support and similar missions in support of forces on the ground.

In return, the MAG-24 will gain a KC-130J squadron in FY22 or soon after. Fifteen KC-130Js tanker-transporters will be stationed at Kaneohe Bay. These Juliets will be used to support the two MV-22B Osprey squadrons of the wing, Marine Medium Tiltrotor Squadron (VMM) 268 Red Dragons ('YQ-xx') and VMM-363 Lucky Red Lions ('YZ-xx'), that both will continue operations from Kaneohe Bay.

It is very well possible that the USMC will further invest in Harvest Hawk roll-on/roll-off kits for the MV-22B and the KC-130J to catch up the leave of the HMLA-squadron capabilities. With the Harvest Hawk, the CAS mission can be fulfilled. 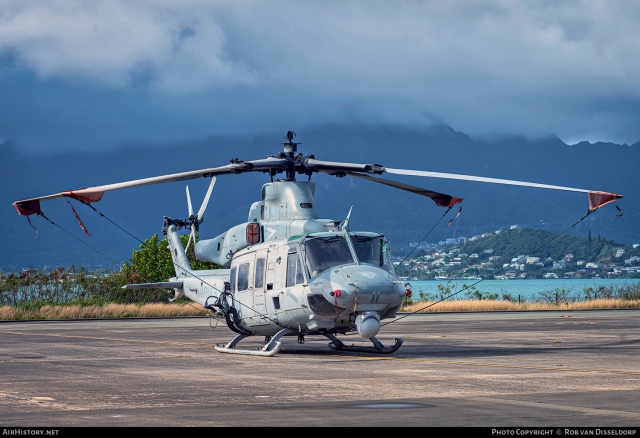 The USMC reported that shutting its conventional helicopter units in Hawaii is that the MV-22Bs speed and range, together with aerial refueling support from KC-130Js, make the tilt-rotors better suited to operations across the broad expanses of the Pacific.

The sole Unmanned Aerial System squadron at Hawaii, Marine Unmanned Aerial Vehicle Squadron (VMU) 3 Phantoms ('FZ-xx') operating the RQ-21 Blackjack, will not be inactivated and will continue its operations.