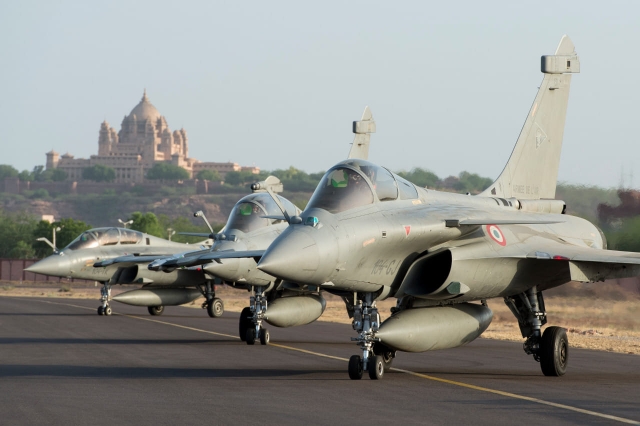 India and France will carry out a five-day air exercise near Jodhpur AFS (state of Rajasthan) starting Wednesday 20 January 2021. The exercise will see Rafale fighter aircraft from both countries engaging in complex maneuvers to enhance operational coordination.

The exercise, named Desert Knight 21, is taking place at a time when the Bharatiya Vayu Sena (IAF, Indian Air Force) has been keeping all its frontline bases across the country in a high-state of operational readiness in view of the Sino-India border row in eastern Ladakh.

The French and Indian air forces have been conducting the Garuda exercises for the last several years as part of efforts to boost operational cooperation. According to various Defence sources, the exercise is in addition to the Garuda series and is indicative of the eagerness between the two sides to further enhance mutual cooperation.