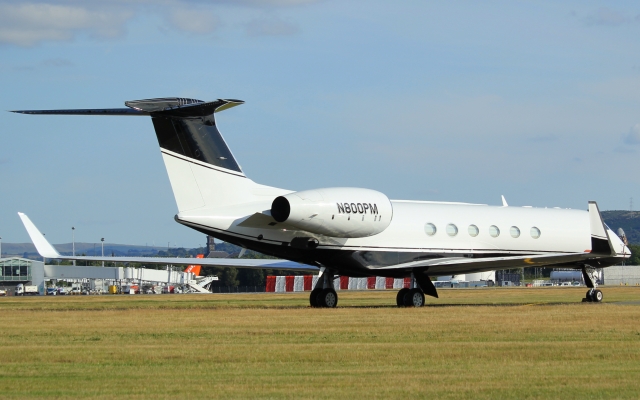 Thanks to 'Cavemonster' on Scramble Messageboard we can now shed more light on mysterious Gulfstream V (G-V) N800PM that has surfaced in various places in the United States in recent months and very recently in Africa. Scramble Magazine has now learned that this particular aircraft played a big role, probably as a disguised USAF/US Department of State aircraft, in the 31 October US Special Forces hostage rescue operation of US citizen Philip Walton in the border area of Niger and Nigeria.

Although at this moment Scramble Magazine does not know what the Gulfstream was used for, what colours it has and whether it wears US national insignia or a serial, we can provide some insight information about the aircraft. Having been owned by professional golf player Phil Mickelson for quite a while, the Gulfstream Aerospace G-V with registration N800PM (consruction number 599), came on the radar as it appeared at the Tonopah Test Range (NV) on or around 18 September 2020. After spending more than a week at Tonopah it ended up at Dallas-Love Field (TX) on 28 September and was registered on 15 October 2020 to TCN Transport V LLc. of Dallas (TX).

Prior to a trip to Provo (UT) and Tonopah, since spring this year, the aircraft had visited all the usual places that an 'Eglin' C-32B would visit. These were Greenville (TX), Eglin AFB (FL) and Pope AFB (NC). The C-32B is a Boeing 757 type and operated by the less known 486th Flying Test Squadron, mainly operating out of Eglin AFB (FL). Besides being used by the US Special Operations Command (USSOCOM) and Air Force Special Operations Command (AFSOC), the USAF C-32Bs are also assigned to the US Foreign Emergency Support Team (FEST). The FEST is the US government’s only interagency, on-call, short-notice team ready to respond to terrorist incidents worldwide.

The past weeks the following movements for N800PM were noted by 'Cavemonster' on various Flight Trackers:

Strikingly, while flying to the African continent, N800PM used the "REACH" RCH581 callsign. This callsign is in the range typically used by the 'Eglin' C-32Bs. Scramble Magazine assesses that N800PM is now being operated by the same unit as the 'Eglin serial swapping' C-32Bs and has been recently used in the US Special Forces hostage rescue operation.

Any information and/or recent photographs of this particular Gulfstream would be most welcome!

For detailed information about the USAF's mysterious C-32Bs, please visit the Scramble Messageboard at The Black USAF C-32Bs 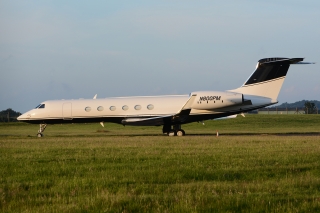