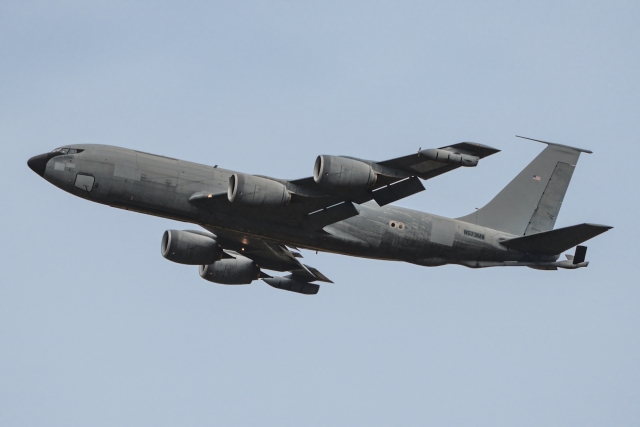 All RSAF markings were removed and the aircraft, ex RSAF 753 (construction number 18633/T0672) and registered N573MA, was visibly faded from standing outside exposed to the tropical elements since late June 2019.

Nice touch was that the aircraft is named “Timothy Dalton”, after the actor playing James Bond. It is to be seen which actors will appear on the other three airframes.

The aircraft flies via Guam to the USA for delivery to her new owners. The aircraft is listed in the FAA register under Wilmington Trust who will have leased her to another company which is still to be named officially.

After being rescued from the boneyard in the mid 1990s by the RSAF and despite having a respectable age of 57 years, the aircraft will continue to soldier on for the foreseeable future which is a testament to its durability.

Earlier we reported on the sale of the aircraft on the civil market, see RSAF Stratotankers get third lease of life