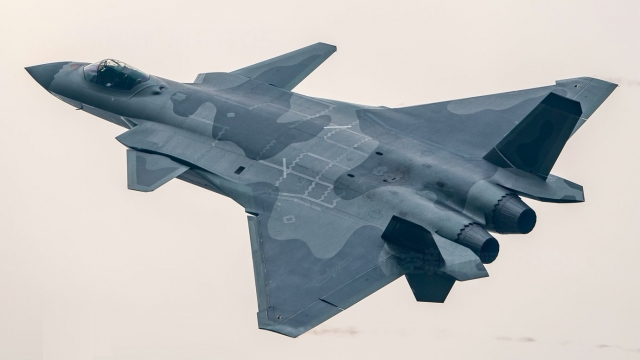 On 8 December 2021, a People's Liberation Army - Air Force (PLAAF) Chengdu J-20A with serial 61162 was noted on a test flight from Chengdu/Huangtianba, home of the production lines of Chengdu Aircraft Industry Group (CAC).

If true, this indicates that a third air brigade of the PLAAF has become or soon will become operational with this new stealth fighter. The serial indicates this is the 5th Air Brigade of the Southern Theatre Command. This unit currently operates Chengdu J-10Cs from Guilin/Li Chia Tsun air base.

The other two air brigades that operate the J-20A are the 1st Air Brigade/Northern Theatre Command at Anshan air base (serial range 61x2x) which was declared operational on the type on 18 June 2021 and the 9th Air Brigade/Eastern Theatre Command at Wuhu air base (serial range 62x0x) which received their first J-20s in May 2018.

Next to these frontline squadrons, the J-20 is operated by the 172nd Air Brigade at Cangzhou/Cangxian air base and the 176th Air Brigade/Flight Test & Training Base (FTTB) at Dingxin air base. Both units report to the Central (PLAAF HQ) Command.