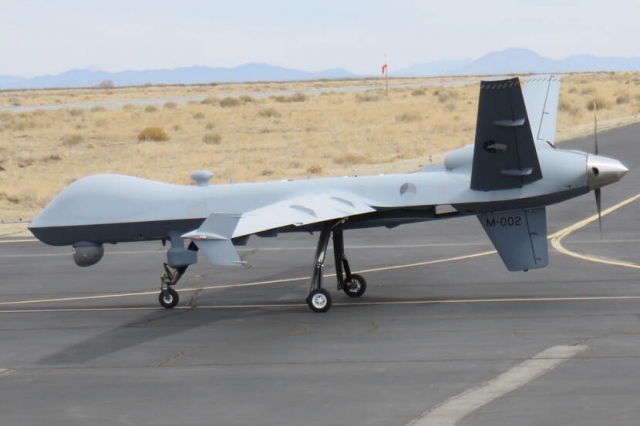 In March 2019, GA-ASI was awarded a USD 123 million contract to manufacture four MQ-9A Block 5 Reapers for the KLu. The first one, serial M-001, was completed on 7 July 2021 and shown during a roll-out ceremony at the company's headquarters in Poway (CA).

The photo from GA-ASI shows serial M-002 with toned down 306 Squadron markings.

The next phase is that all four Reapers will be delivered starting this month, to Hato airport at Curaçao in the Caribbean where they will be tested by the KLu in the unarmed version for the time being. The aircraft will operate from the US FOL (Forward Operating Location) at Hato. Scramble Magazine reported on this phase on 6 January 2021.