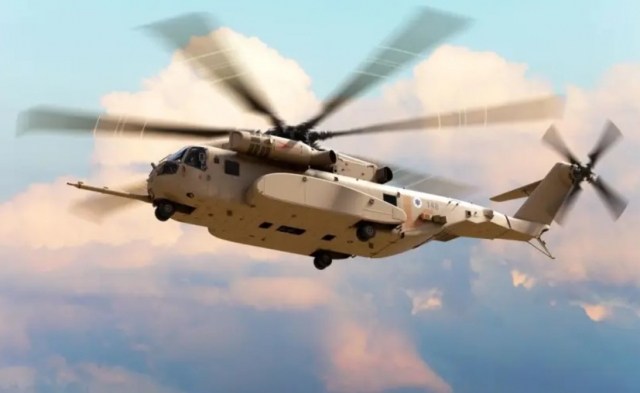 According to IAF Commander Maj.-General. Tomer Bar, 114 Tayeset (Squadron) The Night Leaders Squadron is scheduled to be the first unit to receive the CH-53K. Therefore, in 2023 the 114 Tayeset will see its current CH-53D Yasur helicopters merge with 118 Tayeset The Nocturnal Birds of Prey Squadron in order to prepare, including training, for the arrival of the CH-53K.

The King Stallion is fitted with fly-by-wire avionics with fully integrated flight and navigation displays. It has a mechanical diagnostic system that notifies maintenance crews when a part needs to be replaced and can carry three times the amount of cargo than the older Yassur helicopters. With a full fly-by-wire system, the CH-53K can be flown with a pilot in the cockpit or unmanned, and the helicopter will do exactly as it is programmed to do without any pilot input.

The CH-53K is powered by three engines and is operated by a crew of two pilots and three gunners. It is fitted with self-defence weapons, ballistic protection, crashworthy seats and retracting landing gear, significantly increasing chopper and crew survivability.

Under an agreement with the US and the manufacturer’s parent company Lockheed Martin, the IAF will receive twelve CH-53K King Stallions and has the option to purchase six more in the future as well. The deal is valued at USD 2 billion and is budgeted in the USD 3,8 billion that Israel receives from the US as part of the 10-year memorandum of understanding (MoU) between Israel and the US, according to the Israel Defence Ministry.

On 26 February 2021, Scramble Magazine reported on the choice to select the CH-53K and not the CH-47F Chinook. The King Stallion will replace the current fleet of CH-53 2000 Yasur transport helicopters.