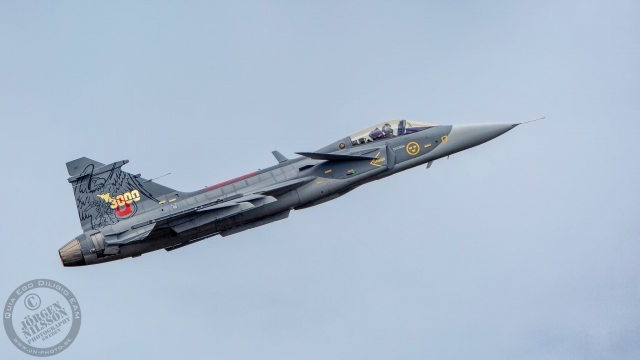 This week, Blekinge Flygflottilj F17 at Ronneby/Kallinge air base (Sweden) reach a milestone when one of the units Saab 39 Gripen fighter aircraft reach 3,000 flight hours. This is the first Gripen that has reached this number of hours.

The JAS39C Gripen, serial 39210, was adorned with special markings related to the milestone. The nice part is also the naming of F17 on the aircraft, a long forgotten tradition from the past when all aircraft had their wing numbers painted on the aircraft. The Q marking on the tail is of course related to the wing number, it is the 17th letter in the alfabet.

Blekinge Flygflottilj F17 has two flygdivisonen (squadrons) in its inventory operating the Saab JAS39C and JAS39D Gripen. Next to these two fighter squadrons, the wing also administers a Sambandsflygrupp (Communications Flight) operating the Saab Sk60. It is not known if Sk60s are permanently detached to this Communications Flight, as we have not seen any sightings in the past years. Any information on this is welcome. 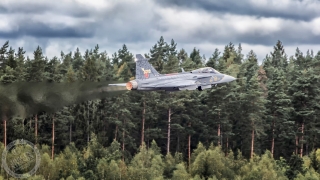 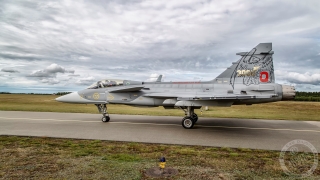