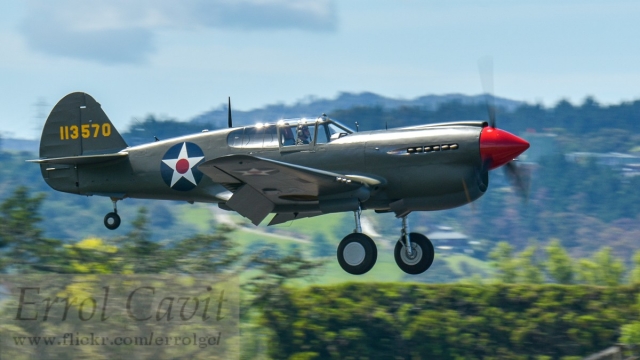 First flight of a P-40 for Italy

Another testimony of the tremendous skills of Pioneer Aero Ltd, Auckland-Ardmore (New Zealand) is this Curtiss P-40E, which made its first post restoration flight on 11 November.

The wreckage remarkably survived a period of 55 years in the lake, helped by the ambient low temperatures. On 31 August 1997, the intact airframe with engine was lifted out of the lake by helicopter. It was then transported to the United Kingdom and displayed in the Frontline Aviation Museum, Sandown in 1998 and 1999.

The project spent a few years in the USA, where the first steps of the restoration were taken. After arrival in New Zealand in 2015, the restoration was taken up with increased energy. In 2018, the project was bought by Claudio Coltri from Italy. For test flying, the P-40 received a temporary New Zealand registration, ZK-MOM, in May 2021.

It is hard to believe that the Curtiss P-40 on the photo spent almost 80 years in its watery grave, and now almost looks factory fresh!