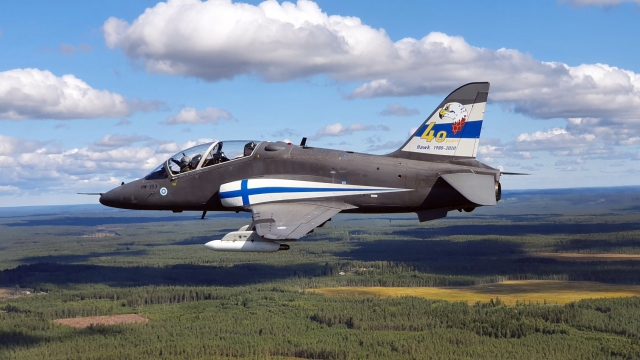 Ilmavoimat's (Finnish Air Force) official air demonstration team, the Midnight Hawks, have adorned one of their Hawks (serial HW-353) with the special markings of "40 years Hawk 1980-2020".

The first Hawk arrived in Finland in 1980, when Hawk Mk51 HW-302 arrived at Pori on a flight from Dunsfold (UK) on 16 December 1980. In the early 1980s, the Hawk replaced the Fouga Magister in the basic and advanced jet training role. In total 50 Hawk Mk51 jet trainers were introduced in phase 1. In 1993, seven additional Hawk Mk51A jet trainers were acquired. Several Hawk Mk51s were operated by the frontline squadrons.

In 2008, the Finnish Air Force bought eighteen former Swiss Air Force Hawk Mk66 aircraft. These aircraft still had a low number of flight hours made. Some of the Hawk Mk51/Mk51A aircraft were updated with glass cockpit, data links and other features.

According to our Scramble Magazine database, 22 Hawk Mk51/Mk51A aircraft have been updated and were noted recently. From the Hawk Mk66, sixteen aircraft are still operational as two aircraft were lossed in November 2013.

On 29 and 30 August 2020, Kauhava air base will accomodate the Finnish Air Force air show. The special marked Midnight Hawks will celebrate the 40th anniversary. Kauhava used to be the homebase for the Finnish Air Force jet training school. In 2014, all Hawks were transferred to Tikkakoski were the Air Force Acadamy is located. Kauhava airfield and garrison were handed over to a new private owner. 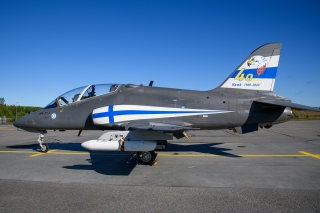 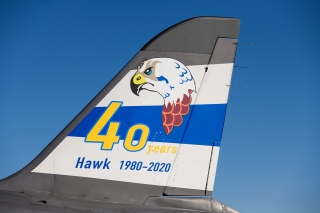