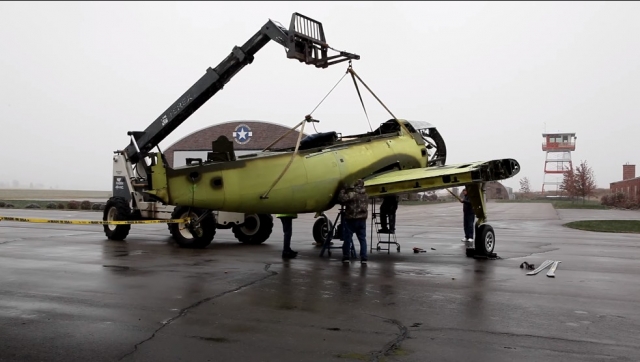 Fagen Fighters Restoration of Granite Falls (MN), USA, experienced the next step in the completion of their Curtiss SB2C-5 Helldiver project.

On 19 October 2020 the fuselage of the former US Navy dive-bomber with BuNo 83393 was mated to the wing section. The wreckage of the machine, which had crashed into trees in Dahlgren (VA) on 24 July 1945, was recovered by the National Air and Space Museum (NASM), Washington DC in 1993. Parts of it were used to restore NASM’s own Helldiver BuNo 83479.

Ron J. Fagen, founder of the Fagen Fighters Museum acquired the wreckage in 2006. It has been under long term restoration ever since. Once completed, Fagen’s SB2C Helldiver will be the second of its kind.

It is a truly rare warbird, for there is currently only one in flying condition. This machine, BuNo 83589 (construction number 83725), is owned by the Commemorative Air Force of Midland (TX) and is registered as N92879. The Helldiver made its first post-restoration flight in 1971. It was repaired after a crash landing caused by an engine failure in August 1985. And it experienced a minor snag when the SB2C tried to "attack" an innocent Cessna 152 at New Orleans-Lakefront (LA) in December 2001. ... the Helldiver won. 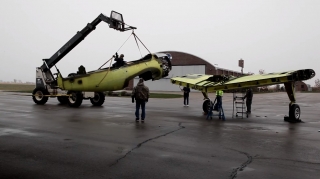 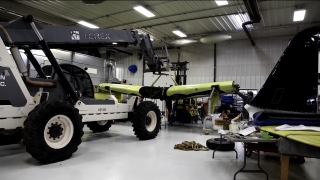