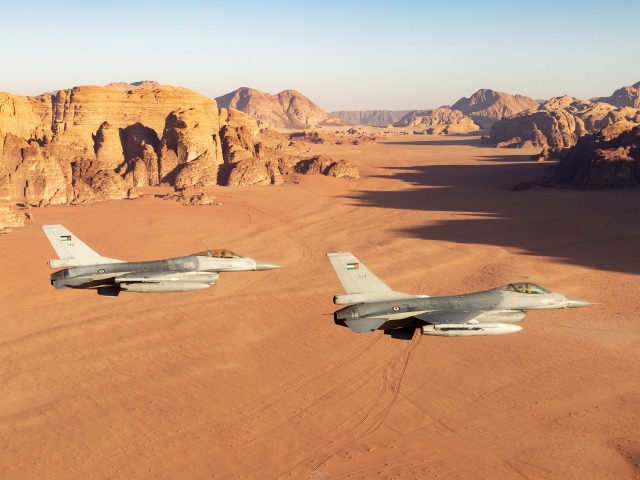 On 11 February 2021, the US Defence Security Cooperation Agency (DSCA) has approved a possible Foreign Military Sale to the Government of Jordan of an F-16 Air Combat Training Center (ACTC) and related equipment for an estimated cost of USD 60 million and notified the US Congress accordingly.

From the Congressional Budget Justification of the Department of State (Foreign Operations and Related Programs) of Fiscal Year 2021 it is clear that Jordan is a very important ally in the Near East region. The justification document mentions: “Additional resources for Jordan will support the acquisition of upgraded fighter aircraft, a top Administration priority.”

The additional resources hints at an additional USD 150 million in FMF (Foreign Military Financing) budget to allow for a modernization or replacement of the ageing F-16 fleet of the Kingdom. Unfortunately, the additional FMF budget was subsequently rescinded and redirected to Economic Support and Development Fund (ESDF), most likely indicating a change in priorities due to more pressing Corona crises.

As a result, it is now unclear what the situation is with regards to the upgrade or replacement of the ageing F-16 fleet. The RJAF operates three squadrons of former Belgische Luchtmacht (Belgian Air Component, Belgian Air Force) and Koninklijke Luchtmacht (KLu, Royal Netherlands Air Force) F-16AM/BM Fightings Falcons which all operate out of MSAB (As Shaheed Muwaffaq al Salti AB), also known as Al Azraq. It is to be expected that the Air Combat Training Center will also be located here. 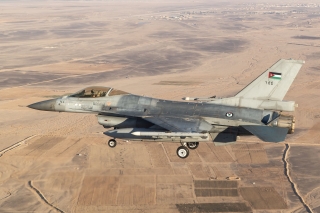 F-16 deliveries to the Kingdom of Jordan:

Peace Falcon I: sixteen former USAF and Air National Guard F-16 ADF aircraft (twelve A and four B models) taken from storage at Aerospace Maintenance and Regeneration Center (AMARC) at Davis Monthan AFB and delivered between December 1997 and February 1998. Thirteen were transferred to Pakistan in 2014 (nine A and four B models), the rest either crashed or were withdrawn from use.

Peace Falcon V: nine former Belgian Air Component M2 MLU F-16s (six AM and three BM models), all of which were delivered in July of 2011.

Peace Falcon VI: fifteen former KLu MLU F-16s (thirteen AM and two BM models), delivered between October and December 2017 which were all brought to the M6.5 standard prior to delivery.

Most of the M3-models as well as a small number of M2-models are for sale since February 2016.