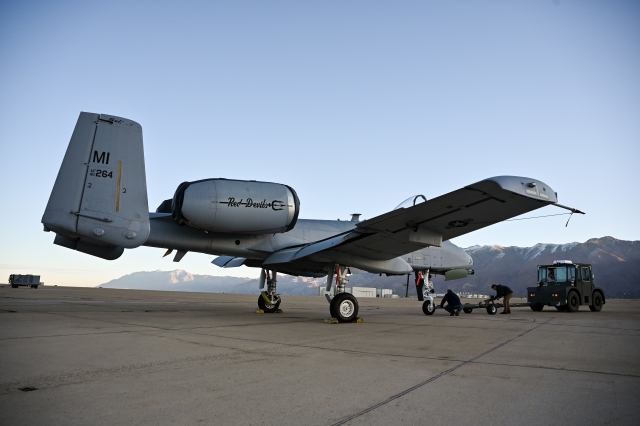 Every Warthog counts, for now...

Recently, A-10C Thunderbolt II, with serial 80-0264, was added back again to USAF's operational inventory after having spent more than three years being restored by the 309th Aircraft Maintenance Group at Hill AFB (UT).

On 20 July 2017, Thunderbolt "264" from the 107th Fighter Squadron/127th Wing, based at Selfridge ANGB (MI) crashlanded after a malfunction that forced the pilot of the stricken aircraft to make an emergency landing at the Alpena Combat Readiness Training Center (MI). The Thunderbolt II sustained damage after a misfire in the aircraft’s 30 mm cannon. The misfire caused the A-10s canopy and several panels to blow off over Michigan's Grayling Air Gunnery Range.

In July of 2018, "264" arrived at Hill AFB in pieces, strapped to flatbed trucks to be taken care off by 309th AMG. Eventually, the revived MI coded A-10C flew back to its home station with the Michigan Air National Guard's Red Devils at Selfridge. 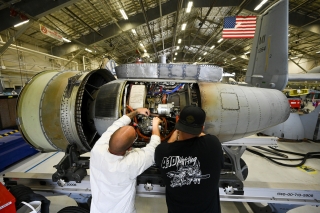 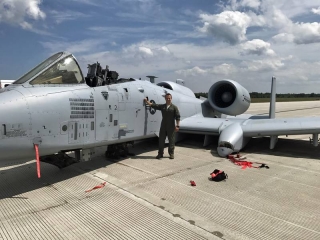 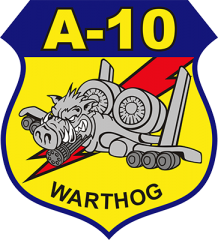 Earlier Scramble Magazine wrote about the USAF starting a charm offensive with its Thunderbolt II, and over a year ago another 23rd Wing A-10C made a crash landing.