An MQ-9A Reaper suffered a catastrophic fuel leak while flying in an undisclosed area of Africa, prompting the crew to crash the Unmanned Combat Air System (UCAS) as hard as possible into the ground to avoid a successful recovery of the aircraft, according to a US Air Force investigation released on 4 June 2021.

The MQ-9A, serial 08-4051, assigned to the 162nd Wing of the AZ ANG and operated by the 214th Attack Squadron The Black Sheep at Davis-Monthan Air Force Base (AZ), was flying a mission in support of US Africa Command.

During the flight, the ground control station began to display warnings that fuel was low. The crew found the fuel level was 'well short' of expected levels, and the pilot asked the mission crew commander to help. The sensor operator used the aircraft’s main camera to sweep the aircraft, and discovered it was severely leaking fuel from the fuselage. About 45 minutes after first discovering the issue, the Reaper began to return to base at maximum speed, but the crew realised the fuel leak was catastrophic and they couldn’t make it. 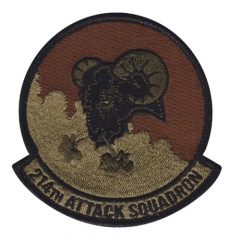 According to the report the Combined Air Operations Center directed the commander and pilot to crash the aircraft, and to do so in a way that would minimize chances of a successful recovery effort. The Reaper was lost in an undisclosed location and not recovered. The loss was calculated at USD 11 million.

The investigation found that the cause of the crash was the fuel leak from the Forward Electric Fuel Heater. Additionally, the investigation found maintainers had not completed a time compliant technical order to fix a known MQ-9 deficiency with the fuel system, the design of the aircraft’s fuel detection system, and a lack of guidance and tolerances for the fuel system also contributed to the mishap.

According the Scramble Magazine Air Order of Battle for the USAF, the MQ-9A Reapers are operated and based at the following locations: