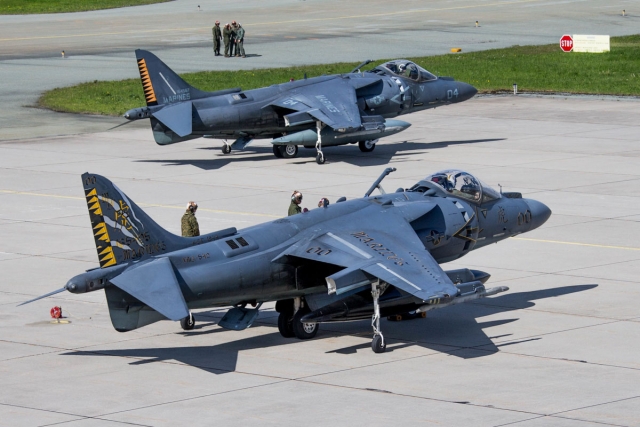 The US Marine Corps (USMC) announced that the AV-8B Harrier II will continue to be used by its squadrons and six aircraft detachments on board amphibious assault ships and forward operating land bases until 2029.

This despite the arrival of the F-35B, so the USMC facilitates dual-site operations that allows the fulfillment of continuous unit deployment programme requirements.

The USMC currently has four active operational AV-8B squadrons comprised of sixteen aircraft each. The Corps also operates a Fleet Replenishment Squadron (FRS) that operates the AV-8B and TAV-8B trainer.

The USMC will maintain these five squadrons until 2022. Marine Attack Squadron (VMA) 214 Black Sheep, based on the US West Coast, will complete the transition to the F-35 in 2023 while the East Coast will maintain the AV-8B Harrier II until 2028.

The current AV-8B active inventory consists of 124 aircraft. There are sixteen TAV-8Bs, 34 night attack variants, and 74 so called radar aircraft. 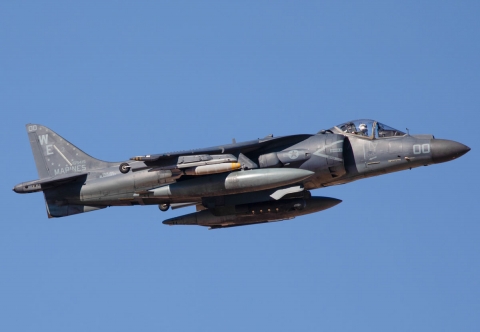 Although the end is in-sight, the AV-8Bs will continue to be upgraded. Over the next years these modification programmes will contain avionics and software upgrades, like capabilities to carry AIM-9X Sidewinder Block II short-range air-to-air missile and AIM-120C Advanced Medium-Range Air-to-Air Missile (AMRAAM), integration of LITENING Advanced Tactical Data Link (ATDL) to expand the capabilities of the current Gen 4 LITENING Pod as well as LINK-16, accurate navigation upgrades, Mode 5/S, ADS-B out, Helmet Mounted Cueing System (HMCS) and an upgraded survivability equipment.

The LITENING is an electro-optical infrared sensor system for targeting and surveillance that enables aircrews to detect, acquire, identify and track targets at long ranges. LITENING enables a wide range of missions, including precision targeting, close air support, intelligence, surveillance and reconnaissance, and humanitarian assistance.