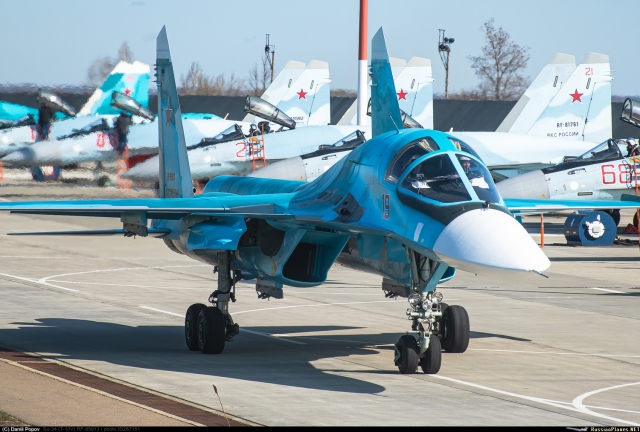 According to the December 2020 release of the CNA *) Occasional Papers, the Russian military have heavily invested in the Defence Industry.

Already started in the 2000s, but especially in the last decade, Russia has procured new combat aircraft and helicopters and modernised its existing aircraft. According to open sources, the Russian Federation - Aerospace Forces (RF VKS) and the Russian Federation - Naval Aviation (AVMF RF) received a total of around 440 new combat aircraft (around 550 including Yak-130 jet trainers) in 2006-2019. In addition to the procurement of new aircraft, most of the MiG-31s still in service - as well as a significant number of Su-24s, Su-25s, Su-27s, and Su-33s—have been upgraded. Limited upgrades were also made to the Tu-22M3, Tu-95MS, and Tu-160 bombers, and their extensive modernisation is expected in the future.

On 14 December 2021, the roll-out of the first flight model of the Unmanned Combat Aerial System (UCAS) S-70 Okhotnik occurred at the V.P. Chkalov NAZ plant in Novosibirsk. It was actually the first full-fledged flight prototype S-70-2 of the heavy UCAS. The prototype S-70-2 features some significant changes in comparison with the previously built flight demonstrator S-70-B1 (marked Red 071) which represented the Okhotnik-B research demonstrator, in particular the flat engine nozzle to reduce visibility. Scramble Magazine reported on the upgraded Okhotnik and its roll-out.

In December 2019, the Russian MoD signed a contract with PJSC Sukhoi Company for full-fledged R&D on the SK-70 unmanned strike complex. The contract calls for three flight prototypes (S-70-2 up to S-70-4) and three NPU-70 ground control points to be delivered by 30 November 2022, with state joint tests completed by 30 September 2025.

Scramble Magazine made a comprehensive overview of the various closed and pending contracts for new-built fixed and rotary wing assets of the Air Force, Naval Aviation and Army Aviation.

Photo by Daniil Popov (via russianplanes.net)

*) CNA is not an acronym and is correctly referenced as "CNA, a nonprofit research and analysis organization located in Arlington (VA)."