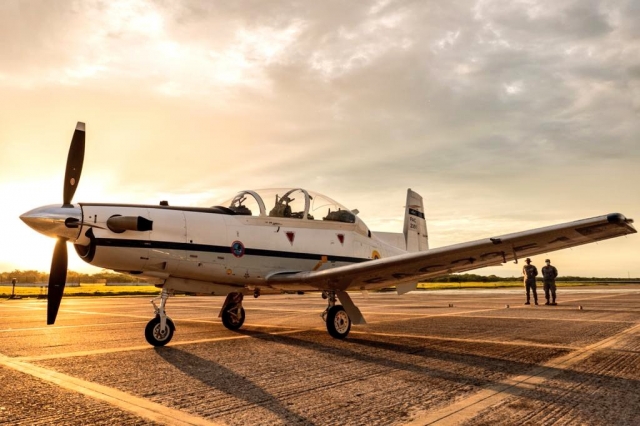 On 20 October 2020, Scramble Magazine reported on the selection of the T-6C as the new advanced training aircraft. The Texan II will replace the Cessna T-37B Tweet which is already in use since 1969 as the advanced training aircraft. Scramble Magazine has knowledge of a firm order for eight aircraft, of which two (serials FAC2350 and FAC2351) have been delivered on 12 July 2021.

The commander of the air force, General Ramsés Rueda Rueda, publicly stated that the FAC will be equipped with 24 Texan training aircraft. The announcement was reported in the institutional programme 'A Volar' broadcast on 28 August, highlighting the importance of this acquisition that will allow maintaining the high level of training of future FAC pilots.

The serials of the new trainers are: FAC2350 to FAC2357. The allocated construction numbers are still not known. If you have more information, please let us know at This email address is being protected from spambots. You need JavaScript enabled to view it.