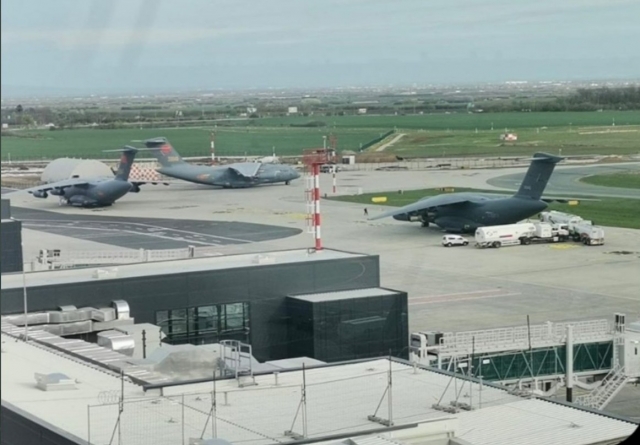 Chinese Y-20s fly in to Serbia

Between 02:00 and 04:00 hours local time in the morning of 9 April 2022, six Y-20 transports owned by the Chinese People's Liberation Army Air Force called in at Belgrade's Nikola Tesla Airport, Serbia.

The aircraft involved were 20041, 20042, 20045, 20047, 20049 and 20142. Obviously such a massive visit of Chinese military aircraft is very unusual. And this airbridge is even more obscure during the current war in Ukraine, knowing that Serbia is one of the few European countries on the hand of the Putin regime.

The goal of the Y-20s transports’ visit is considered to be the delivery of the FK-3/KS-1C Surface-to-Air-Missile (SAM) systems to Serbia. The SAMs, also referred to as HQ22, were ordered by Serbia in August 2020. The FK-3 is a medium range (hundred kilometres) radar guided missile, effective at altitudes between 50 and 27,000 metres. Once they unloaded their cargo, the Y-20s took off again later in the day.