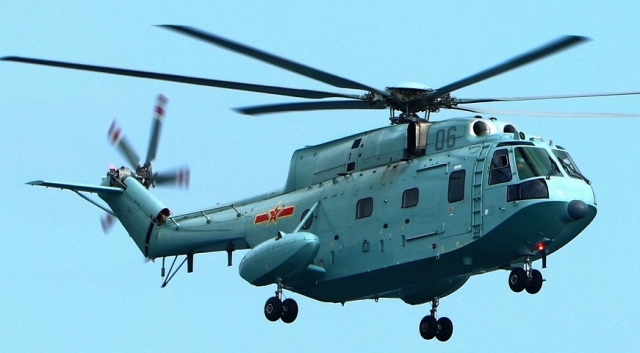 China’s People’s Liberation Army Navy Marines Corps (PLANMC) is a rapid response force within the Navy. Although the abbreviation for the China Marines Corps, CMC, would be more in line with global use, CMC already identifies the Central Military Commission, being the highest military level in China.

In order to make its global intervention role more credible, the Marine Corps was greatly expanded in 2017 from two to seven Brigades, including a new Aviation Brigade.

Mid 2020, the first Changhe Z-8Cs were observed and currently at least nine of these assault helicopters, a further Chinese development of the Aerospatiale Super Felon, are delivered.

The unit is currently based Zhucheng air base (a former PLAAF Q-5 base until 2017), but given the inflatable hangars that are used this might change. It is expected that the LHD Type 75 Assault Ships will be used by the Marines Corps. The first of these assault ships started its sea trials in August 2020 and the third of its class to be build is leaving the dry dock within weeks. Five more Type 75 ships are officially planned.

In all, the Z-8C might be the first Chinese military helicopter type many spotters can have a look at in ports around the globe soon. 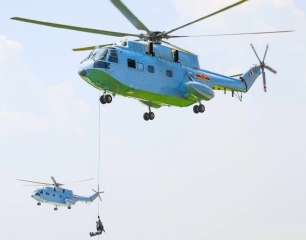 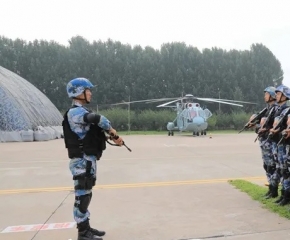 Please visit our China Naval Aviation Air Order of Battle and if you have new information and/or updates, please use the updates form at the bottom of the page.