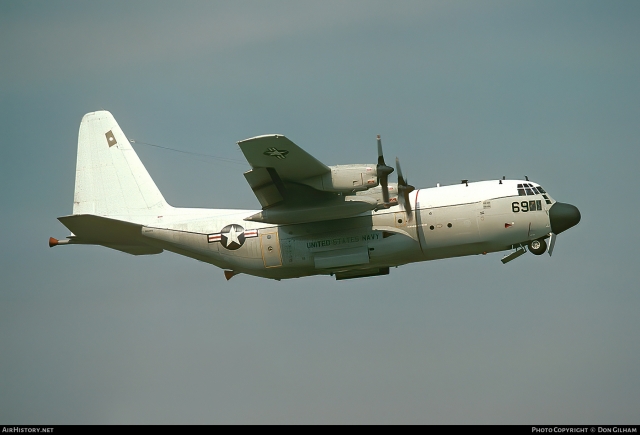 The US Navy decided to acquire the C-130J-30 Super Hercules as a platform for communicating with its deployed ballistic-missile submarine force as Admiral Charles Richard, commander, US Strategic Command, revealed during a webinar on 5 January 2021.

Some forty years ago, the US Navy was using the C-130G/EC-130G (four aircraft) and EC-130Q (eight aircraft) for the same Take Charge and Move Out mission from 1963. These Hercules were replaced by the Boeing E-6 Mercury. After the Cold War, the Airborne National Command Post role previously performed by Air Force EC-135 “Looking Glass” was incorporated into the E-6 with the installation of the Airborne Launch Control System (ALCS), combining the TACAMO and ALCS in one platform.

The TACAMO aircraft are equipped with a long trailing wire antenna used to relay very-low-frequency radio messages to submerged ballistic-missile submarines. The airframes go through considerable stress as they maintain high angle of bank for long periods to maintain tight orbits to wind the trailing-wire antenna into a vertical position, needed for the radio waves to penetrate the water most effectively.

On 18 December 2020, the US Naval Air Systems Command TACAMO Program Office (PMA-271) issued a Request for Information to industries. That was followed by an announcement that the US Navy “intends to negotiate and award sole-source contracts to Lockheed Martin Corporation, Marietta (GA). This lead to the procurement of three C-130J-30 airframes in fiscal 2022/2023 for testing and analysis. The rugged C-130J is able to operate world-wide from airstrips to airfields and is in such way built, that they are able to suffer the aforementioned stress.

If the C-130J appeared to be the right choise after evaluation, more TACAMO Super Hercules' will be purchased. These will eventually replace the Mercury.