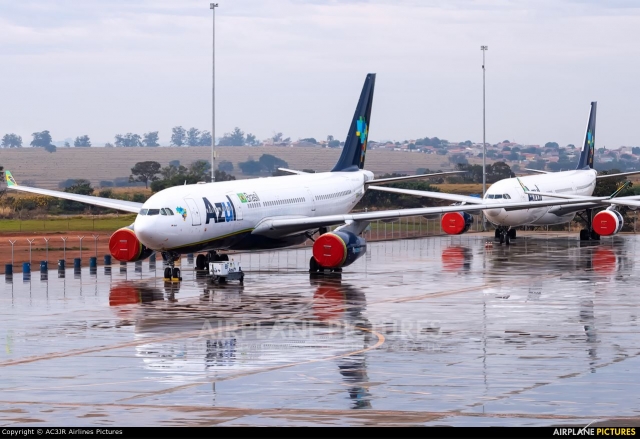 During the tender process that started 27 January 2022, some questions of bidding candidates indicated that the requirements could not be met, e.g. two post-2014 airframes for USD 80 million, while the current market price for a single machine is around USD 70 million. Therefore, only one bid was received, from Azul.

Despite being declared the winner and the accompanying statement, we are not sure whether Azul can meet the original requirements. For example, they only have one A330-200 that is younger than 2014 as per the tender requirements. Maybe they have sourced another airframe elsewhere.

In any case, the contract will be granted nonetheless. The two aircraft will be converted to a Multi-Role Tanker Transport (MRTT) configuration before delivery.