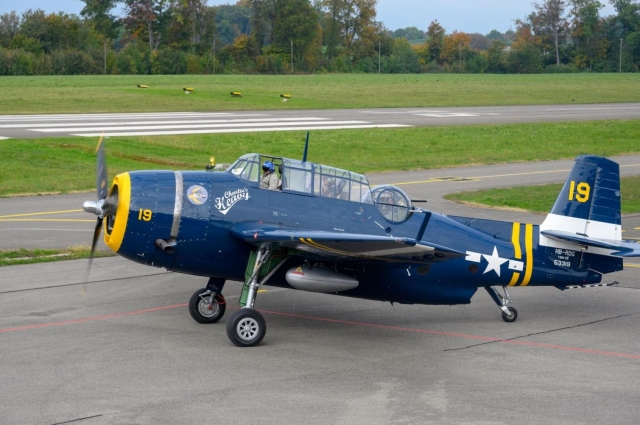 Switzerland’s well-known Grumman TBM-3 Avenger HB-RDG has found a new home in Germany. After almost fifteen years, owner Charles Trachsel had decided that it was time to sell his rare WW II torpedobomber. Rare, because there are currently only two airworthy Avengers in Europe, the other being F-AZJA owned by the AMPAA of Melun (France).

On Sunday 18 October 2020, HB-RDG took off for the last time from its homebase Lausanne-La Blecherette and, after a few passes, left for its new home country. And that is where the new owner will have to think of a new name for the Avenger. For during the past years, HB-RDG was generally known under its nickname: ‘Charlie’s Heavy’, a name referring to the –not so slender- former owner Charles Trachsel.

It changed hands several times, from Nevadair, to mr.C.T. Jensen, and then to Aero Union. In 1987 N3966A was bought by Englishman Anthony Haig Thomas, who had the aircraft restored and brought back in original military configuration. It carried its original serial BuNo 53319/RB-319. 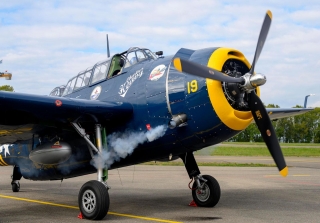 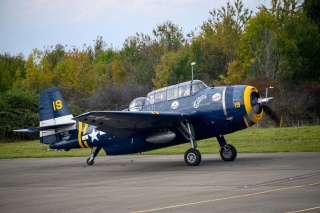 The TBM was then shipped to the UK and started to fly from North Weald as G-BTDP. In 2006 Haig Thomas sold ‘Delta-Papa’ to Switzerland where it remained to fly in US Navy colours. Six years later Charles Trachsel decided to change the aircraft’s livery: retaining serial 53319, it received US Marine Corps colours, and the name ‘Charlie’s Heavy’. 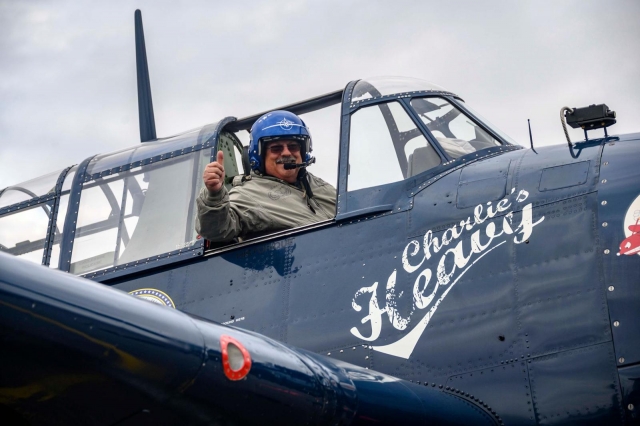