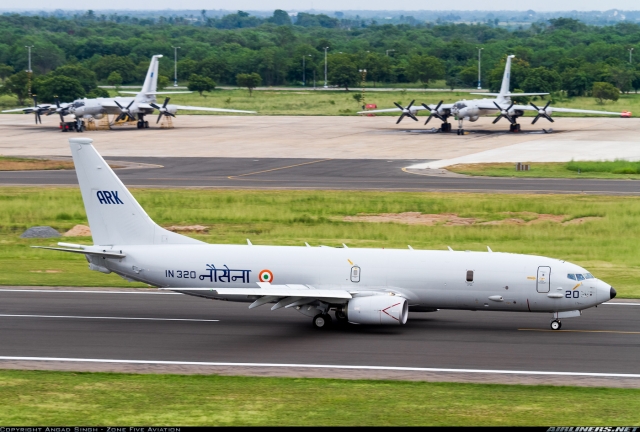 On 30 April 2021, the State Department has made a determination approving a possible Foreign Military Sale (FMS) to the Government of India of six Boeing P-8I Long Range Maritime Reconnaissance (LRMR) aircraft and related equipment for an estimated cost of USD 2.42 billion. The Defense Security Cooperation Agency delivered the required certification notifying Congress of this possible sale.

The Bharatiya Nau Sena (Indian Navy) procured eight P-8I Neptunes (Indian name for Poseidon) from Boeing in January 2009, via a direct commercial sale and contracted for an additional four aircraft in July 2016. The third order, for six aircraft, was already approved by the Indian Cabinet Committee on Security (CCS) in December 2019. This latest contract is financed via the FMS route. Earlier, the Indian Government mentioned that total number of aircraft could eventually be expanded to 24 aircraft.

The first eight aircraft, serials IN320 to IN327, were delivered between May 2013 and October 2015 to Indian Naval Air Squadron (INAS) 312 Albatros ('ARK') based at Arkonam also known as INS Rajali. The first aircraft of the second order, IN328, was delivered in November 2020 to INAS 315 Winged Stallion ('DAB') based at Goa/Dabolim also known as INS Hansa. It is expected that the final delivery of the second order will be completed by early 2022.

The Indian Navy P-8I is a customised export variant of the P-8A. It features two major components not fitted on the P-8A, a Telephonics APS-143 OceanEye aft radar and a magnetic anomaly detector (MAD).