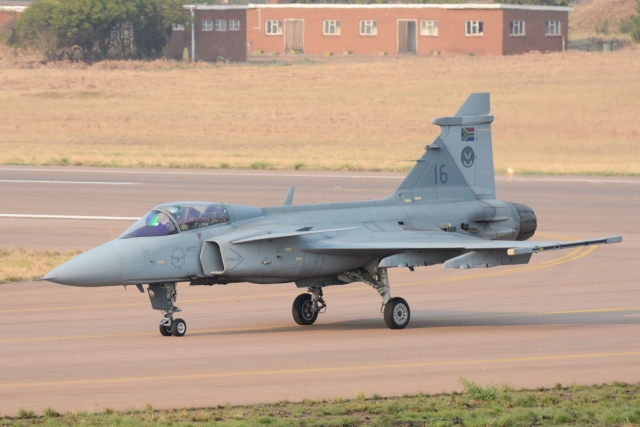 The accident happened on 8 April 2021. According to the information, the cables holding down the Gripen in the engine-testing bay had snapped, after which the fighter veered out of control and damaged. The extent of the damage is not known, but regarding the force the aircraft veered out of control, it could well be extensive. It is not reported if the aircraft will be repaired.

Only in June 2021, the air force acknowledged to the Zoutpansberger newspaper the accident with the JAS39 Gripen. The newspaper had been waiting six weeks for an answer from the SAAF.

The SAAF operates 26 Gripen fighters, nine two-seat and 17 single-seat aircraft. Most of the Gripens (24) are operated by 2 Squadron at Makhado Air Force Base with 2 more operated by the Test Flight and Development Centre (TFDC) at Overberg air base. It is not known how many Gripens are operational. It seems that there are currently between 7 and 10 Gripen rated pilots in the SAAF and even their annual flight hours allocated are not enough to keep them fully rated.

In 1999, South Africa signed a contract with BAe/Saab for the procurement of 26 Gripens (C/D standard) with minor modifications to meet their requirements. Deliveries commenced in April 2008. On 13 March 2013, South African Minister of Defence, Nosiviwe Mapisa-Nqakula, stated that "almost half of the SAAF Gripens" have been stored because of an insufficient budget to keep them flying.

In September 2013, the SAAF decided not to place a number of its Gripens in long-term storage; instead all 26 aircraft would be rotated between flying cycles and short-term storage.