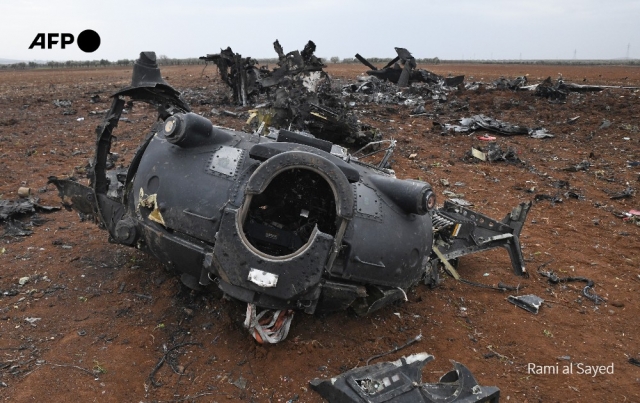 On the evening of 2 February, the US Army conducted an operation to kill or capture a terrorist leader in the village of Dayr Balut, near Atma, which is in the Idlib province, Syria. The operation involved AH-64E Guardians, MH-60M Black Hawks and MH-47G Chinooks, of 160th SOAR (Special Operations Aviation Regiment).

One of the Black Hawks developed a technical malfunction, a so-called drive train issue. This can happen when operating near the limits of the flight envelope which may result in unacceptably high structural loads, adversely affecting wear and tear of drive train components of the helicopter.

As a consequence of this issue, an emergency landing became necessary after the raid, which was made in darkness near Jindayris in the Aleppo province, some distance from where the raid took place. The US Army returned by dayligth to destroy the helicopter.

The Night Stalkers (famous from their involvement in the capturing of Osama Bin Laden) carried out the nighttime airborne raid in northwestern Syria during which the head of the Islamic State group (Abu Ibrahim al-Hashimi al-Qurayshi) blew himself and his family up. Al-Qurayshi had led the insurgent group since ISIS’s founder, Abu Bakr al-Baghdadi, was killed in a similar US raid in Syria in October 2019. 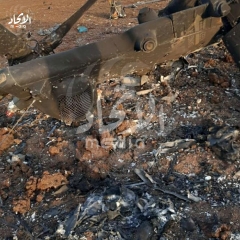 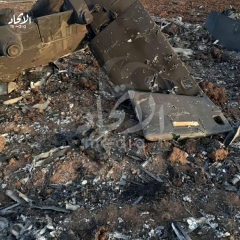 The serial of the Black Hawk is now confirmed as 12-20472. The helicopter was blown apart by its own troops to prevent Islamic State getting hold of very sensitive equipment. 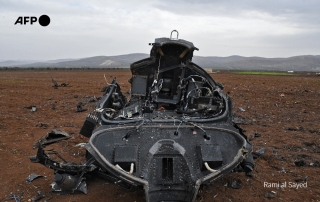