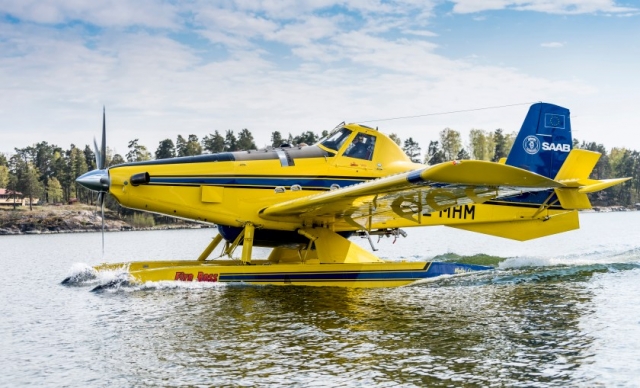 In recent years Sweden, like so many other countries, has witnessed an increase in the number of forest fires.

These were obviously operated to the satisfaction of the Swedish authorities, as two aircraft of the same type were acquired. The first of the two, SE-MHM, was registered to Saab AB in Linköping on 4 October 2019. The second, SE-MHN, was registered on 15 May 2020.

Laid down in a contract with MSB, signed in March 2020, Saab AB was to operate both aircraft. It is responsible for the pilots, technicians and permits in a period from 1 April to 30 September in the years 2020 to 2023.

There was an option in the contract for further expansion of the aerial firefighting capability in Sweden. On 29 January 2021 Saab announced that the option will be materialized and that it will provide two additional aircraft with associated crew.

The Pratt & Whitney PT-6A powered AT-802F Fire Boss is a dedicated firefighting version of the Air Tractor AT-802. Since 2003 more than 100 examples of this float equipped version were built. Thanks to the scoops in its floats, the Fire Boss can take up 3000 litres of water within seconds. 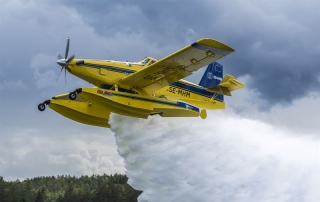 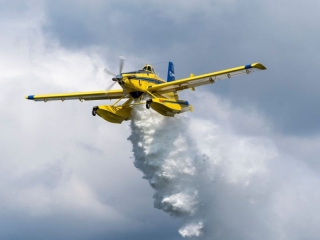 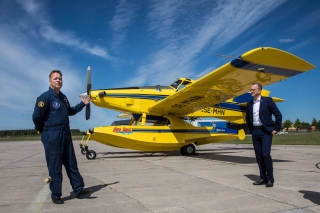