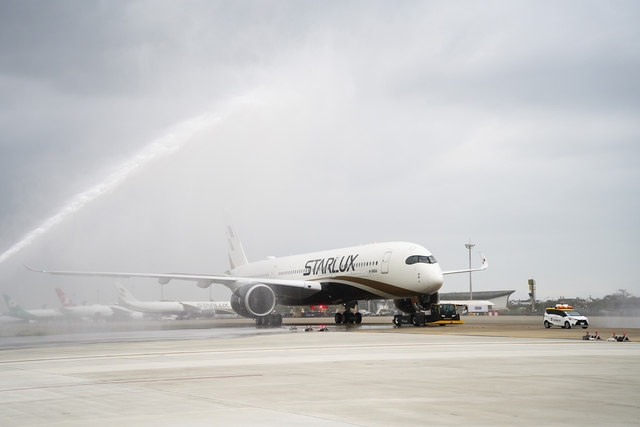 STARLUX takes delivery of 1st A350

On 28 October 2022, STARLUX Airlines took delivery of its first Airbus A350. The aircraft, A350-900 B-58501 (480), was handed-over during a ceremony at Toulouse-Blagnac and departed the same day to the airline's base at Taipei, where it was welcomed with the traditional water salute.

The aircraft is the first of eighteen A350-900s, which are procured via direct purchases with Airbus as well as lease-agreements with Air Lease Corporation. Originally, the airline planned to also lease A350-1000s but has decided to stick with the -900 for now. STARLUX will, initially, use the aircraft in the Asia-Pacific region, before deploying it on new transatlantic destinations.