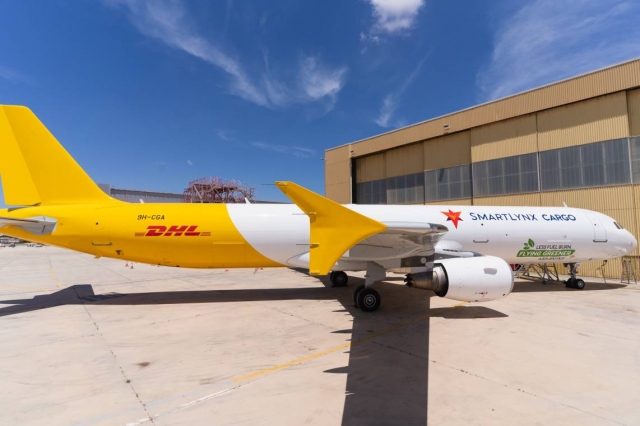 It had been stored for a while before being picked-up by lessor Vallair and marked for conversion into a freighter. It served as the prototype for the A321PCF-programme launched by Precision Aerospace and converted at that company's site at Orlando-Sandford (FL).

After receiving certification, it was flown to Montpellier in France on 18 May 2021, where it was painted before the hand-over to SmartLynx.

As previously reported by us, SmartLynx will operate its A321PCFs for DHL and the duo will be based out of Leipzig and integrated into DHL's European network.

The airline now has a fleet of eight A320s, nine A321s (one freighter) and two A330-300s, spread between the airline's AOCs in Latvia and Malta.