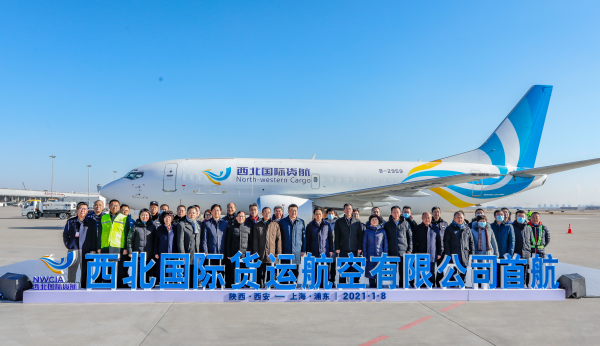 New Chinese cargo airline North-Western Cargo International Airlines has launched its first flight on 8 January. The flight was between the airline's hub at Xi'an Xianyang to Shanghai-Pudong with its B737-300F B-2959 (27520).

The company, which was founded in 2016, currently has a single aircraft fleet, and has sourced their aircraft from YTO Cargo Airlines, which owns 20% of NWCIA. The airline will expend the fleet with four converted B757-200s, which it has acquired from Xiamen Airlines. The first of these, B-2866 (34009) has been handed over to North-Western Cargo on 29 December and is currently being converted at Chengdu. It's expected that all four B757s will be delivered this year.

By 2025 the airline hopes to operate 20 freighters on 30 domestic and international routes.