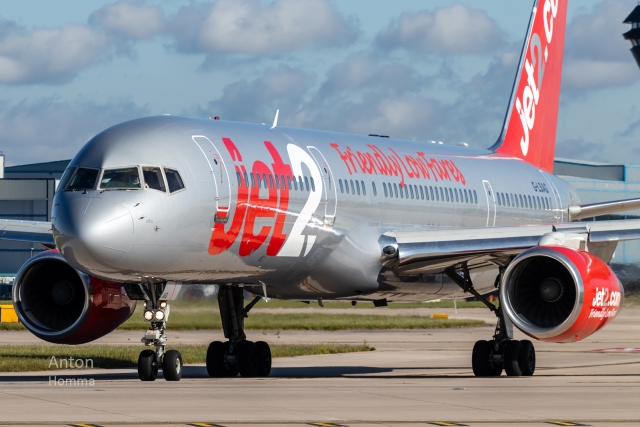 Jet2 suspends all flights until at least 25 March

With the UK going through its third Corona-pandemic lockdown, passenger demand has dropped again and as a result Jet2 announced it will suspend all flights until at least 25 March. The cancellation also includes all flights operated for Jet2Holidays. Earlier this month, TUI UK also said it would scrap all flights until further notice.

Jet2 is the UK's third largest airline after British Airways and easyJet. Before this suspension, it operated 30 of its 90 aircraft, already a significant reduction of capacity. In total the fleet consists of one A321, seven B737-300s, 74 B737-800s and eight B757-200s. It's also expecting a further two A321s in the coming months. Last year, between 17 March and 15 July, Jet2 also suspended all operations due to the pandemic.