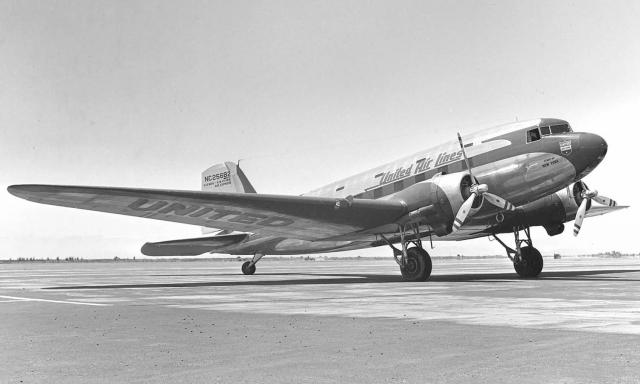 No matter what you call it: Dakota, Skytrain, DC-3, C-47, or Gooney Bird, it is a legend. And the first example of what would become a legendary transport made its first flight on 17 December 1935. So it is the Dakota’s 85th birthday! Designed as a scaled up and improved 14-bed sleeper version of the Douglas DC-2, the first batch of aircraft were built as Douglas DST (Douglas Sleeper Transport).

But soon the DC-3 version for 21 to 32 seated passengers or 6,000 lbs (2,700 kg) of cargo was introduced. This Douglas DC-3 would have a lasting effect on the airline industry in the 1930s/1940s. As the C-47 Skytrain (USA) or Dakota (UK) the plane and its derivatives had an essential role during World War II. After the war, surplus C-47s found their way to almost every airline and air force that you can think of, all over the world.

In total 607 civil variants of the DC-3 and 10.048 military C-47s and its derivatives were built in the USA. The Soviet Union built 4.937 Lisunov Li-2 (“Cab”)under licence, and in Japan Showa and Nakajima built 487 L2Ds (“Tabby”) Even today numerous of the US built machines are still flying, mostly in the hands of preservation societies. The Dakota as a design is irreplaceable. Therefore the saying: “The best replacement for a DC-3 is another DC-3” The Dakota is an icon!