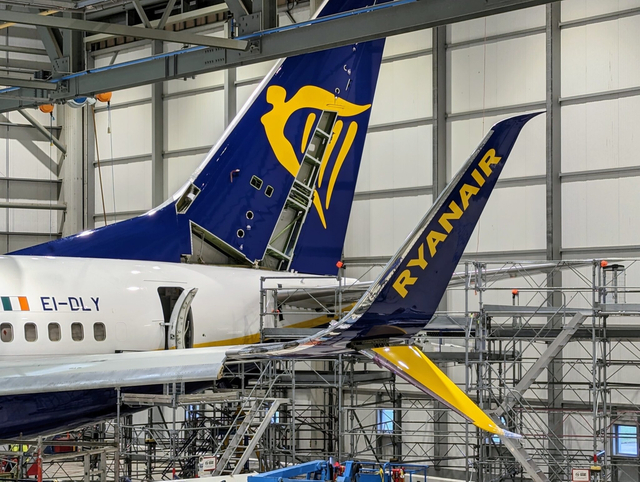 The Scimitar Winglet was introduced by Aviation Partners Boeing (APB) in January 2013, as a retrofit for Boeing 737NG aircraft   By replacing an aluminium winglet tip cap or an existing blended winglet with a scimitar-shaped tip, plus a downward-pointing scimitar-tipped ventral stake near the base of the blended winglet, savings of up to 170,343 litres of jet fuel per aircraft per year are possible according to APB.

With its large fleet of over 400 Boeing 737-800s, the installation of Spit Scimitar Winglets will reduce Ryanair's annual fuel consumption by 65 million litres and carbon emissions by 165,000 tonnes, the Irish low-cost carrier says.

Ryanair adds that the deal with equipment supplier Aviation Partners Boeing is worth $175 million.