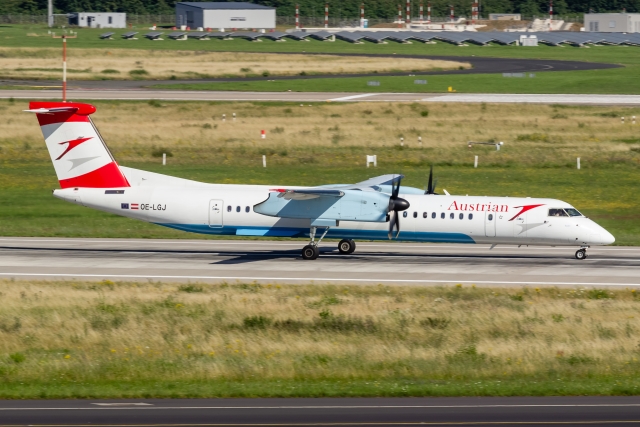 Austrian says goodbye to the DHC-8

On 31 May Austrian Airlines said goodbye to its final two DHC-8s, ending operations with the type. OE-LGJ (4104) conducted its last passenger-flight on 30 May, while OE-LGI (4100) did so on 31 May. Both were ferried to Bratislava on 31 May for storage.

The airline started flying the DHC-8-400 in 2012 and operated eighteen of them. Four of these were painted in the Star Alliance-livery and operated for, mainly, Swiss. The retirement of the DHC-8s by Austrian Airlines is part of the airline's restructuring to return to profitability and adjust position itself for after the pandemic. The airline also started retiring its oldest B767-300ERs. Its remaining fleet consists of 29 A320s, three A321-100s, three A321-200s, four B767-300ERs, six B777-200ERs, and seventeen ERJ195s.