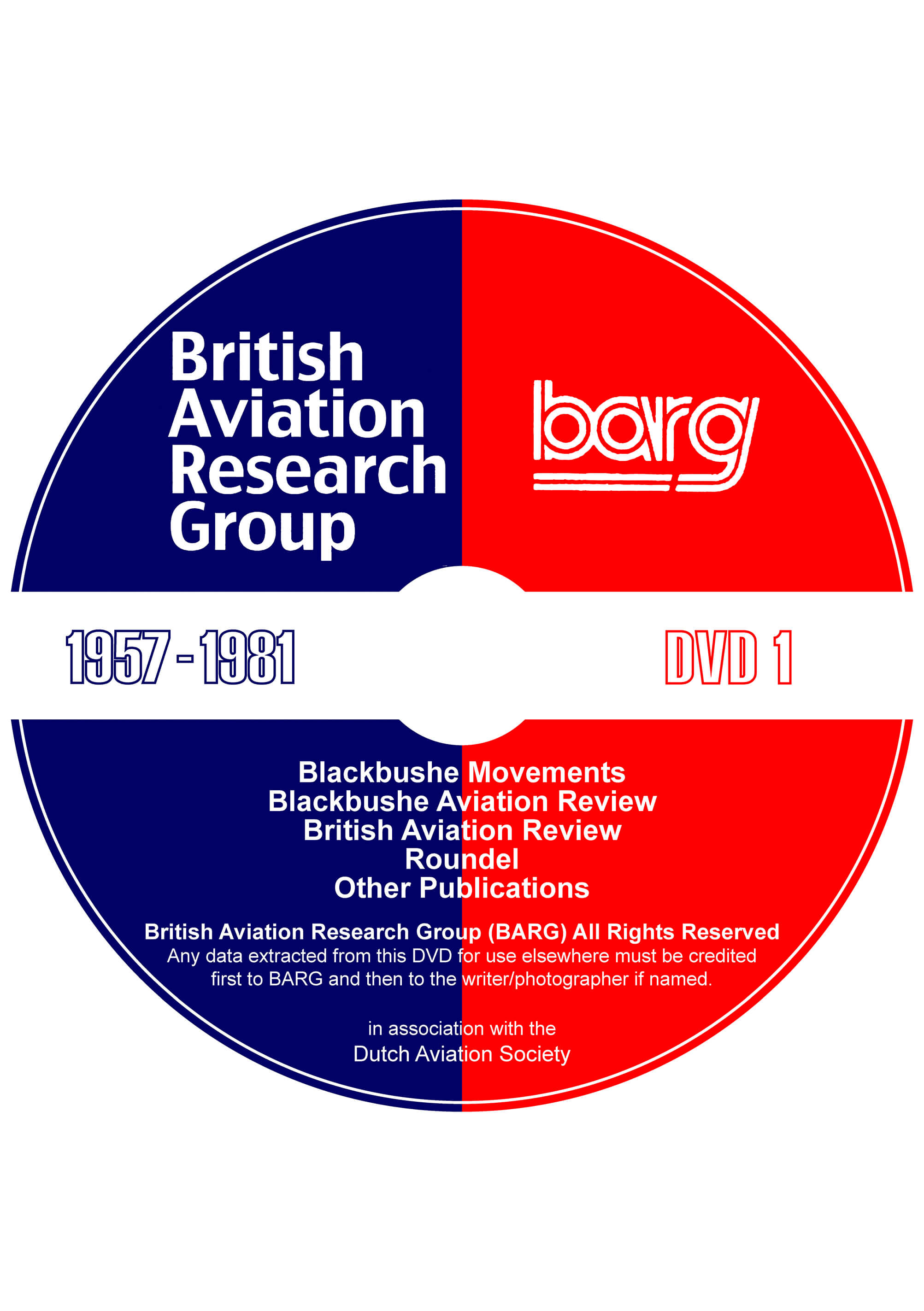 This is the third of a series of four DVDs planned to be produced.

Between 1958 and 2000 the British Aviation Reasearch Group (as it became known after a total of four name changes) produced approximately 29,000 pages of of primarily military aviation data and photographs in BARG's magazines and many other books and monographs. Although the publications side of BARG ceased in 2000 the then BARG Committee has remained in existence to oversee the assets and the good name of the Group. Although BARG has been enthusiastic over the last six years, it is only within the last nine months that an opportunity has arisen to digitise over four DVDs the entire output of BARG in its current and former incarnations. All this was made possible with the help of the Dutch Aviation Society.

Each DVD contains around 7,000 pages of indexed and digitally searchable data, photographs and memorabilia. The DVD also contains search instructions. The most challenging, and complex, is DVD 1 (1957-1981) containing different sizes of newsletters and magazines of varying quality, printing methods and typefaces, ranging from stencils to those produced with the now obsolete inked-fabric ribbon and electric "Golfball" typewriter. DVD 1 will be the third DVD produced and is now ready.

Please use the radiobutton menu on top to choose the correct price for your order as there are 4 different options. 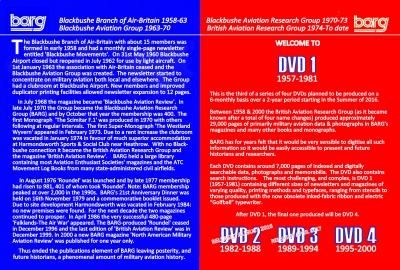 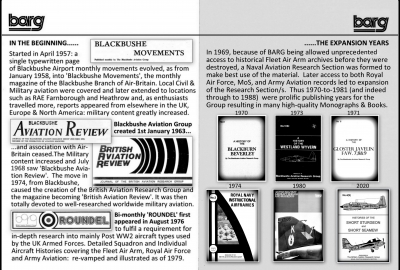 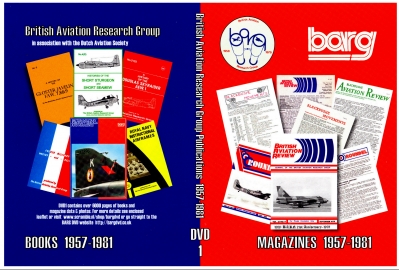