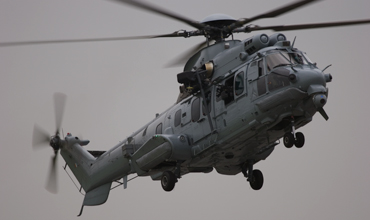 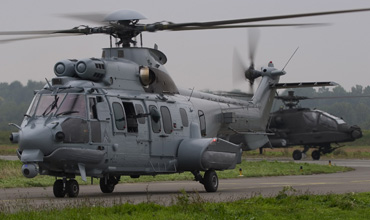 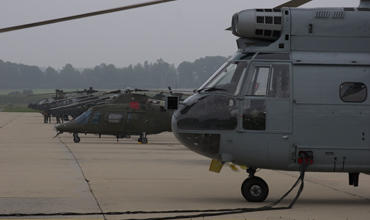 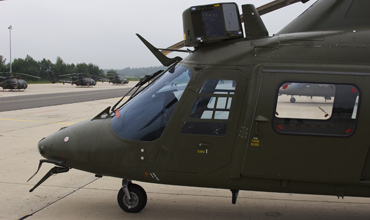 After the first Gulf war it appeared that in spite of a lot of standards and handbooks issued by NATO it proved difficult for the participating French and English air armed forces to cooperate in a good manner. For instance air-to-air refueling was impossible due to different type of connectors and misunderstandings due to different procedures. Therefore the European Air Group was set up, particularly to ensure that cooperation could be improved. First, for a certain task, a detailed survey in the used assets and procedures for a certain task was necessary. In this way the EAG could understand the different philosophies the air forces have developed to achieve the best solution for the task. Thereafter, guidelines and procedures would be written for that task that would have the best of all worlds. Finally the new procedures would have to be tested in real to find all the bottlenecks and the procedures could be refined. Tasks like the different use of ACMI pods, use of different fuels and CSAR have had the EAG treatment. And all have been tested in the annual VOLCANEX exercises.

The Belgian airbase Florennes was chosen to be the main base for the VOLCANEX 2005 exercise. With no TLP exercise, all spaces and offices could be used. The VOLCANEX 2005 exercise was especially dedicated to train according to the CSAR Mission Planning Guide ( MPG ), written by the EAG. The focus of this exercise was to have a multinational CSAR Task Force operate efficiently and cooperatively in a hostile environment according this CSAR MPG. This Task Force consisted of some German, French, Dutch and Belgian helicopters. As prime helicopter for the rescue of the pilots, the AdlA send two SA330Ba RESCO's and a brand-new EC725 Cougar MkII RESCO. The Dutch AH-64DN attack helicopters were used in the direct support role while four French SA342 Gazelles and three Belgian A109BA's had a close support role. Also participating were two German UH-1D Huey's and a French Army SA330Ba who were used to drop the Special Forces as the search team for the pilots. They were also used to drop the pilots in the Ardennes.

For this exercise, a practice area east of the airbase of Florennes was used. The north part was friendly while the south part was hostile. In the friendly part, a Forward Arming and Refueling Point ( FARP ) was installed. In the hostile area, several air defence missile simulators were deployed next to a Belgian Army platoon. Three missions were trained in this exercise. The first mission was a straightforward CSAR mission in daylight. The second exercise was a bit more difficult, as Special Forces had to be dropped to search for the pilots. When found, the pick-up by helicopters could not be performed due to the presence of the hostile Belgian platoon and the Special Forces had to escort the pilots to another rendezvous point. After being chased by the Belgian Army platoon with search dogs, they were intercepted and interrogated. When released, the troops had to route again to the rendezvous point and were finally pick-up  by the choppers after a 24 hour travel. The third mission was performed in the night, using the Night Vision Goggles ( NVG ).

This exercise was the first for the brandnew EC725 to participate. This EC725 is the ultimate CSAR helicopter. It is based on the Cougar helicopter, but adapted and modernized for its CSAR role. The helicopter has a enormous range of 500 km and can be airborne for 6 hours. It can be refueled in the air or on the ground to extend this range. It can fly in all weather conditions using its coupled autopilots, NVG and FLIR while being protected with a weather radar and full de-icing of rotors, tail plane and windows. It will be protected against bullets with its armour on the cockpit and engine compartment, against missiles with its self-defense system with jammers and flares and against all other with the two FN mitrailleurs at both sides of the fuselage.  At the right side, three winches are attached. The helicopter is easily recognizable due to the FLIR pod under the nose and the new five bladed rotor, taken from the NH-90. At this moment, the French Air Force AdlA and the Army have both ordered 8 EC725's. At this moment the French test wing CEAM has three EC725's. Together with the Apaches this is an unbeatable team, although the A-10A is missed for its close support role.

The exercise was troubled by bad weather, with low clouds and a continuous drizzle, hampering the missions.

Volcanex 2006 will be a extended exercise to train all aspects of the EAG. The exercise will be held at Decimomannu between the 15th of may and the 26th of may, 2006 and will involve an exercise in deployment of a complete multi-national Air Force at an unprepared airport, complete with the needed transport fleet, CSAR exercises, refueling practices and logistics. During the exercise, the Italian Airbases Gioia del Colle and Pratica di Mare will also be used.

I would like to thank Commandant Borie and LTC van Dop of the Euro Air Group.