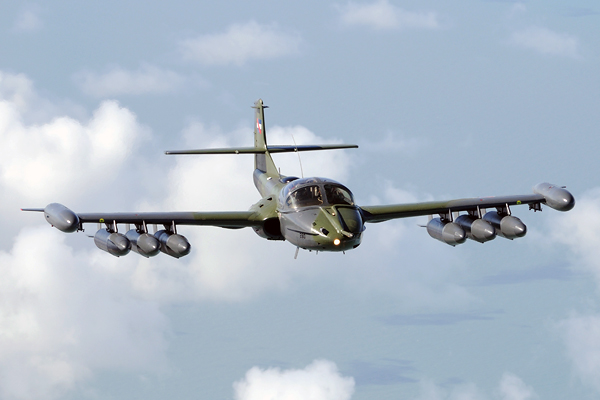 Unlike many other Latino countries the FAU Dragonfly population's identities are rather straightforward. They received eight A-37B in 1976, and eight OA-37B in 1988/89. All the survivors serve Escuadrón Aéreo Nº 2 (Caza) at Durazno.

The civilian part of this airfield is also known as "Aeropuerto Internacional de Alternativa 'Santa Bernardina'". 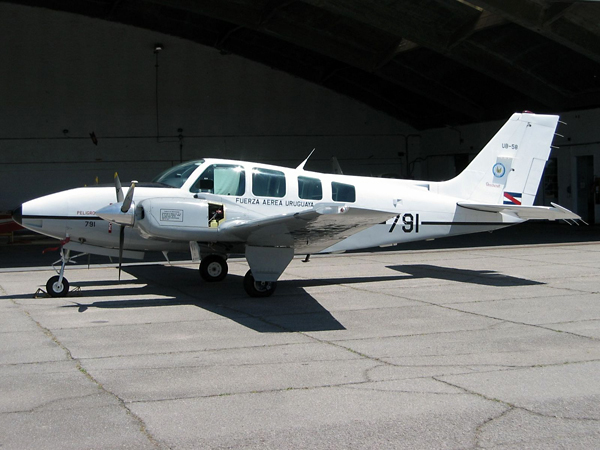 Not the most exiting airplane but in military guise Barons are becoming a rarity. The EMA badge is visible on its tail 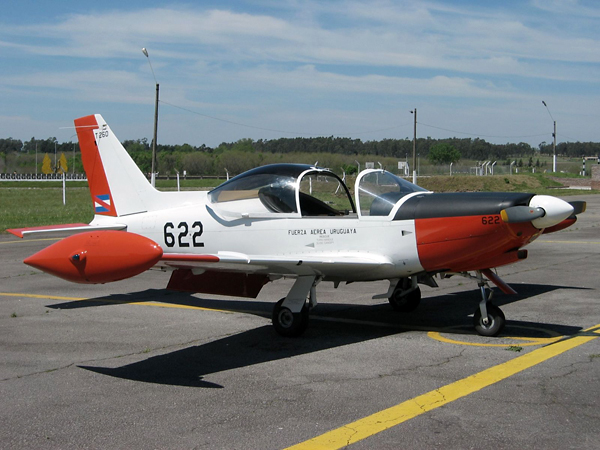 Factory fresh aircraft are not often acquired by Uruguay, the delivery of thirteen F260EU (T-260 in FAU service) in 1999 marking the welcome exception. The Escuela Militar de Aeronáutica operates them; sadly one was lost in 2003. 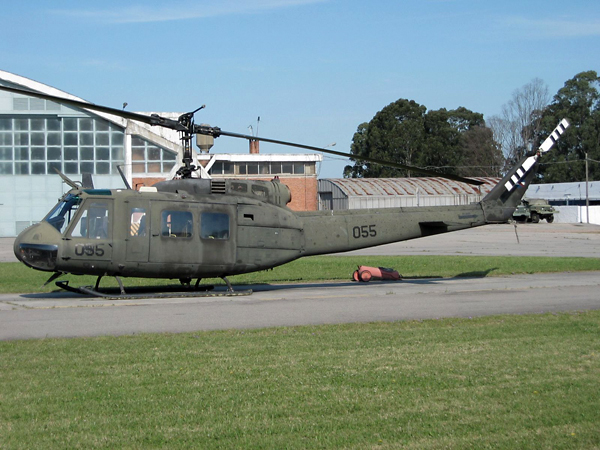 The Huey has entered FAU service relatively late, in 1991. This example is from a batch arriving in 1998 and six more were received from the United States in March 2003 and four more arrived from Spain in 2009. 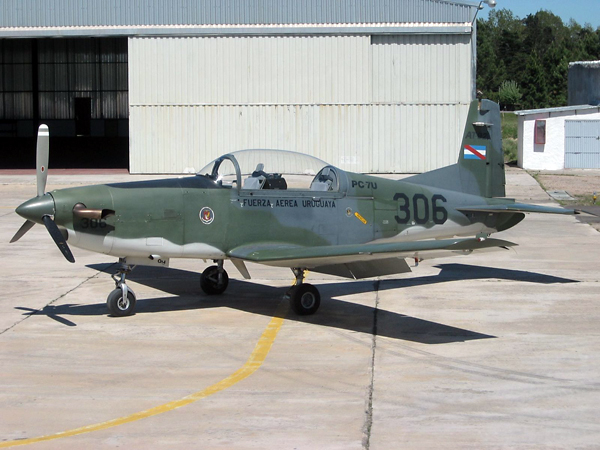 The PC-7U fleet is still going strong. they are known as AT-92 in FAU service and based at Durazno.