In April 2006, the Swiss Defence Procurement Agency (Armasuisse) ordered 18 EC635s for the Schweizer Luftwaffe, to replace the aging Aérospatiale Alouette III in performing transport and advanced training missions. The first two aircraft were built by Eurocopter, while the remaining 16 are built by RUAG Aerospace in Alpnach, Switzerland. The Swiss Cougars are based at Alpnach and Dubendorf. The Lufttransportdienst des Bundes has a nice variety of VIP jets. Next to the Cessna 650, a Canadair Challenger they also use this Falcon 900EX The Swiss VIP fleet can be found near the capital Bern. Here the Cessna 650 visiting Rotterdam.

Swisstopo is responsible for geographical reference data and all products derived from them. Swisstopo was founded in 1838. Today swisstopo forms part of the Armasuisse group within the Federal Department of Defence, Civil Protection and Sport (DDPS). 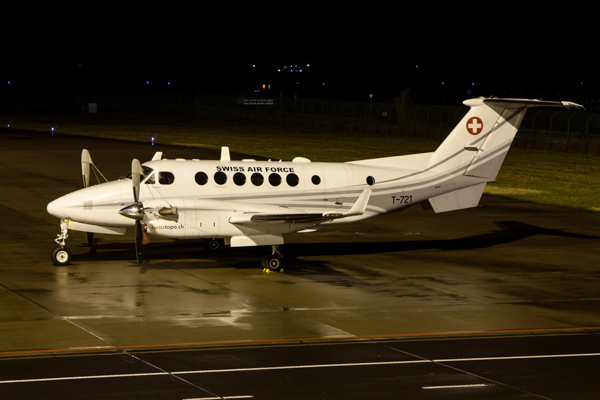 The Beech 350 is used by the Bundesamt für Landestopografie Swisstopo at Dübendorf. Here is a bit far from home, at Eindhoven AB 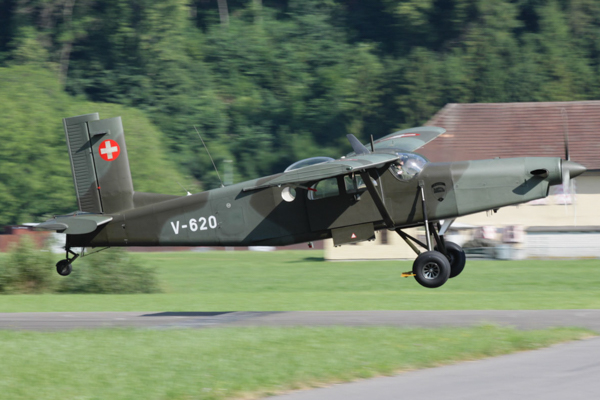 The Schweizer Luftwaffe utilizes the Pilatus Porter PC-6 as a light transport category aircraft. Its robust design and short-field take-off and landing capability allow it to operate in nearly every region. Today the Porter serves mainly as a transport aircraft for personnel and equipment and is further utilized in scouting operations and in the dropping of parabats. The Porter also aids in combating forest fires with the aid of a built-in water tank. In the event of a war these Porters will be incorporated into a utility aircraft squadron. Locally designated as the ADS15 reconnaissance drone system, the Elbit Hermes 900 was selected by the Schweizer Luftwaffe in 2014, with an order having been finalized late the following year. This also includes the provision of support equipment and a simulator. The ADS-15 Hermes perform tasks including military surveillance, plus search and rescue, border monitoring and other duties in support of civilian services such as the police. It is used by the Drohnenstaffel 7 at Emmen In 2006, the Swiss Government granted authorisation to purchase six Pilatus PC-21 turboprop trainers. They are delivered in 2007 and 2008 as part of JEPAS (Jetpiloten Ausbildungssystem), prior to commencing replacement of the F-5F in the fast jet pilot training role from 2010. 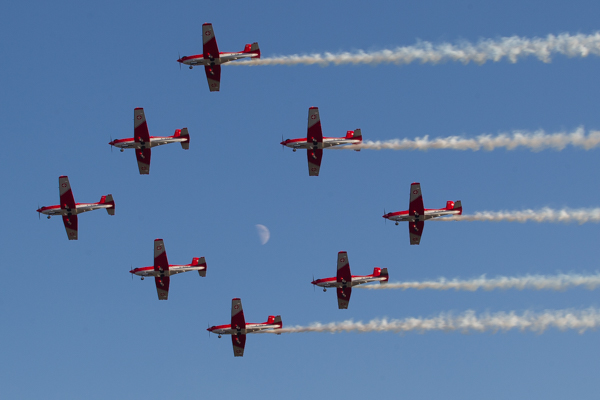 The replacement has already been announced but the Hornets are still going strong in Switzerland. Here a trio at one of the most photogenic airbases in the world: Meiringen

During the NATO Tiger Meet 2004 at Schleswig-Jagel Fliegerstaffel 11 was awarded full membership of the NATO Tiger Association. Something that was not that evident, since Switzerland is not a member of the NATO alliance. While other Air Forces like the Slovenian Air Force and Australian Air Force uses the Pilatus PC-9 as a trainer, the Schweizer Luftwaffe operates 11 of them as target tugs for gunnery training. This particular example is therefore decorated with the badge of Zielfliegerstaffel 12 on the nose. Yes! Some F-5s are still flying in Switzerland!