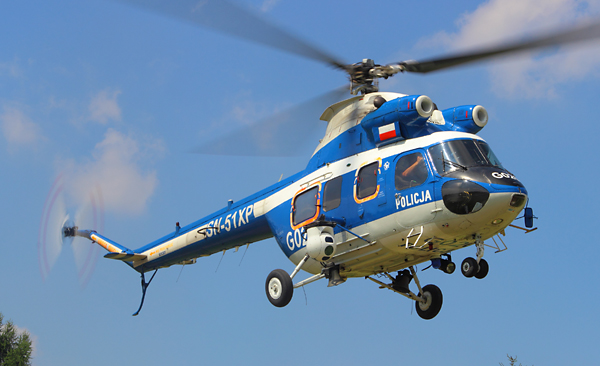 The police operated the Kania from Rakowice, but they are now stored. 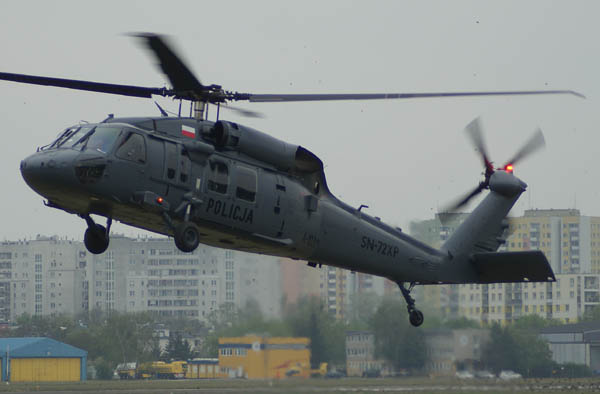 On 26 april 2019 the Lotnictwo Policja (LP, Polish Police) took delivery of the third S-70i. This S-70i has registration SN-72-XP and is coded A-103. The other two S-70’s are delivered to the PL in december 2018. The registrations of these two are SN-70XP coded A-101 and SN-71XP coded A-102. At the moment the three S-70i’s are based at at Warsaw – Bemowo but there are plans to move them to other bases when a new contract for another two or three S-70i’s is concluded. The contract for the sale of the three delivered S-70i’s was signed in may 2018, so within a year after signing the contract all three Multimission Blackhawk helicopters are delivered to the LP.