The Netherlands Coastguard (NLCG) received new aircraft; Two modified Bombardier DHC-8-102MPA Dash 8 patrol aircraft which are registered PH-CGD and PH-CGE. These are flown and maintained by a civil consortium, ISR Support Europe, operating the aircraft in cooperation with Coastguard crews from Schiphol airport. 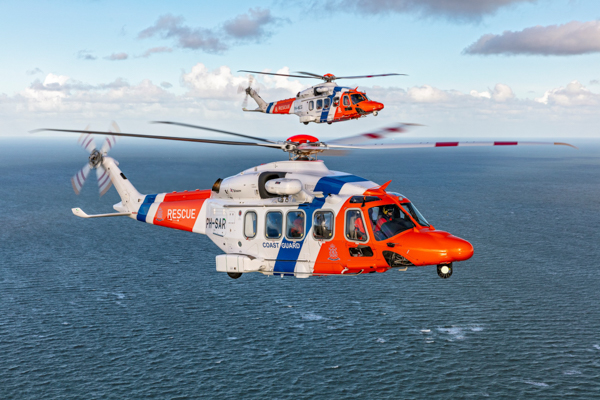 Two AW189, registrations PH-NCG and PH-SAR, were delivered to the NL Coastguard or Kustwacht as it is called in Dutch. One will be based at De Kooy near Den Helder in the north and one at Midden-Zeeland airport near Middelburg in the south of the Netherlands.