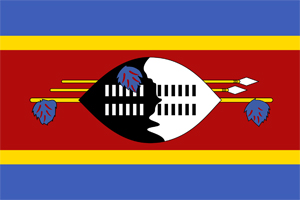 By Michiel Vermeer & Erwin van Dijkman
Swaziland is a Kingdom in South East Africa. It became independent from the United Kingdon on 6 September 1968. This also means that the King is commander-in-chief of the armed forces.

These armed forces do not amount to much. The air wing is part of the UEDF with a very limited number of helicopters and fixed wing aircraft. One of these is the VVIP transport for the King and government, an MD-87.