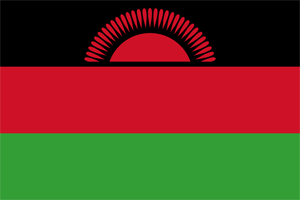 By Michiel Vermeer & Erwin van Dijkman
Malawi is a small country in South East Africa. It gained indepence from Britain on 6 July 1964 and at that time its orginal name Nyasaland was changed into Malawi.

The air force is in fact part of the Army. It used to operate some transports, like Do27,28 and 228 and C-47 Dakotas. Most of these are no longer in use and helicopters form the mainstay of the force nowadays.

Apart from the Defence Force Air Wing, the Malawi Police has its own aerial assetts. These are thought to be only Cessna singles at this time.