Kazakhstan Air Defense Force (KADF)
Despite having an area larger than Western Europe and the second largest oil-reserves in the world, Kazakhstan is not the typical former Soviet Union country that springs to mind when we think of modern aviation, let alone a well-run air force. You might be surprised, however. The Republic of Kazakhstan is a former Soviet Union nation which declared its independence on December 16, 1991. During the Soviet times, Kazakhstan military resources were integrated in the Soviet Armed Forces under the Turkestan Military District, which disbanded on June 30 1992. With the newly gained independence, Kazakhstan faced the task of organizing their own air defenses.

After the end of the Afghan war in early 1989, many units returned to the Soviet Union. Some Russian units that used to be stationed in Poland and the former German Democratic Republic (DDR), were appointed to the Turkestan Military district. The 486th Independent Combat Helicopter Regiment equipped with Mi-8 'Hip' and Mi-24 'Hind' helicopters that were formerly based at Altes Lager in the DDR was one of the units that was relocated to Ucharal. The troop withdrawal also initiated a reorganization in the Central Asian military District headquartered in the then-capital of Kazakhstan, Alma-Ata. The reorganization resulted in the formation of the Turkestan Military District which was only short-lived and was disbanded as soon as 1992, when the Kazakh military gained their independence. 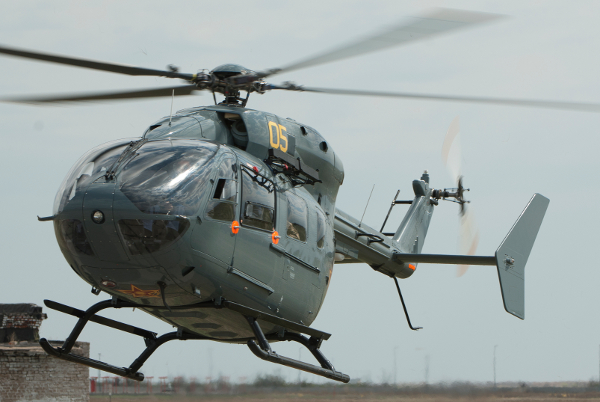 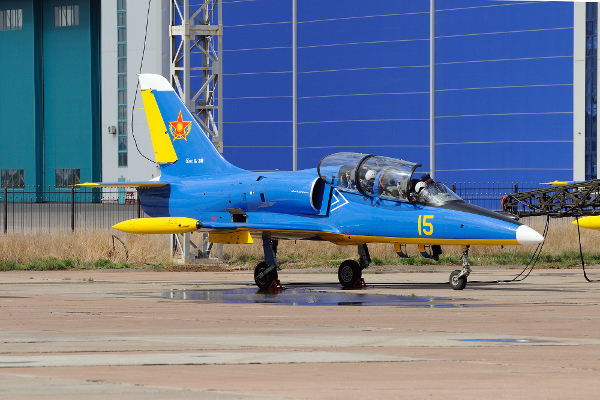 The Russian Air Force (VVS) and Russian Air Defence Force (PVO) units of the 73rd Air Army based on Kazakh territory, would form the basis for the Kazakhstan Air Defense Force which even possessed 40 Tupolev Tu-95MS 'Bear' strategic heavy bombers. The Tu-95s appointed to the 37th Air Division were divided over two regiments, the 1223 Heavy Bomber Regiment and the 1226 Heavy Bomber Regiment, which were stationed at Dolon Chagan, west of Semipalatinsk in north-east Kazakhstan. Shortly after the independence of Kazakhstan, aircraft deliveries constituted the biggest Russian arms transfers to Kazakhstan under the 1995 intergov¬ernmental agreements on military and military-technical cooperation. This agreements covered the compensation for the withdrawal of Russian strategic arms Ka¬zakhstan, among them the Tu-95MS bombers. Since the Kazakh Air Force did not require this capability, the agreement included the exchange all of its strategic nuclear strike assets like the Tu-95s including their cruise missiles as well as a number of SS-18 and SS-20 medium range missiles. As a result the Tu-95s were relocated to the Engels and Ukrainka air bases in Russia. The ones that remained behind were eventually scrapped. In the agreement Russia pledged to deliver 73 combat aircraft to Kazakhstan by the end of 1997. In November 1999 another additional contract was signed for additional Su-27s as a payment for Russia's debts to Kazakhstan. Although further details concerning actual deliveries are unknown.

With the gained independence and the delivery of a functional inventory, Kazakhstan was to organize its own air defense forces. The acquired inventory was sufficient to form a functioning Air Force which was designated as "Sily Vozdushnoy Oborony Respubliki Kazakhstan' or Kazakhstan Air Defense Force (KADF). Its inventory was however primarily structured for air defense, possessing only limited strike capabilities, which deteriorated significantly since 1993 given the insufficient funds to keep this large inventory operational entirely. To enhance the operational capabilities of the KADF, reorganizations commenced almost immediately and by late 1993 6 regiments and 1 additional Air Defense Fighter Regiment were formed. Due to limited funds, the KADF was initially forced to reduce the number of active aircraft. The restructuring of the KADF that led to the current capabilities would not have been possible with a number of upgrade programs and new acquisitions. To get direct access to both Western and Russian hardware, the Kazakh government allowed the aviation industry to build a number of plants within the country. By withdrawing a moderate number of obsolete aircraft and concentrating the remaining resources on a handful of units the KADF has succeeded in acquiring and maintaining a serious airborne air defense capability. In September 2011 Colonel - General Valery Gerasimov presented the future plan for a joint air defense cooperation between Kazakhstan and Russia. Details of this cooperation remain unknown but according to several unconfirmed sources, future Kazakhstan Air Defense Force pilots and officers will be trained in Russia. Furthermore Kazakhstan has an Individual Partnership Action Plan with NATO and has strategic cooperation with the Turkish armed forces.