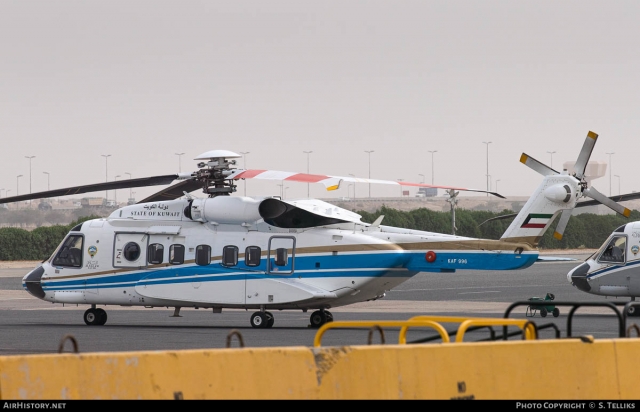 What ever happened to the Kuwaiti S-92A

The recent statement by the Royal Canadian Air Force (RCAF), saying that more than 80% of their CH-148 Cyclone fleet was affected by small cracks within the tail section and the announcement of senior US Department of Defence officials that there is a delay in its VH-92A presidential helicopter deliveries because of operational capability gaps is a reason for Scramble to look at Kuwait, one of the longest military users of the Sikorsky S-92A.

The above mentioned Sikorsky CH-148 Cyclone and Sikorsky/Lockheed Martin VH-92A helicopters are derived from the Sikorsky S-92A. This helicopter, also known as a Helibus or Superhawk, had its maiden flight on 23 December 1998 and was broadly introduced in 2004.

With the first arriving during 2007, the helicopter was also delivered to the al-Quwwat al-Jawwiya al-Kuwaitiya (KAF, Kuwait Air Force). A total of six S-92As were inducted into the KAF's 91 Squadron based at Nawaf Ahmad Air Base, co-located with Kuwait International Airport/Abdullah Al Mubarak.

In the period 2015 until 2020 a lot of aircraft correspondents and enthusiasts visited Kuwait. Many of them had the opportunity to visit the 91 Squadron during a couple of times. During that period, the KAF S-92As were seen whilst being looked after and maintained by Gulf Helicopters/Sikorsky personnel. Being used mainly by the air force for Very Important Persons (VIP) 'State of Kuwait' and Search and Rescue (SAR) duties, they were seldom seen flying. Contrary, operating from the same airfield, Kuwait's Ministry Of Health (MoH) Bell429/430s and Kuwait's Police EC145s and SA365 Dauphins were seen flying almost every day. 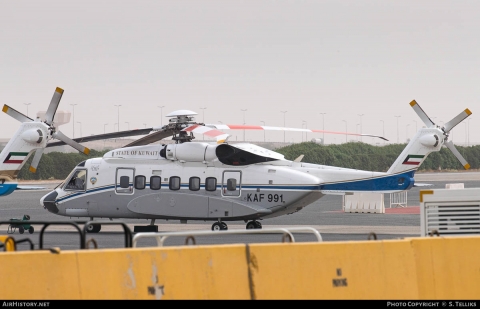 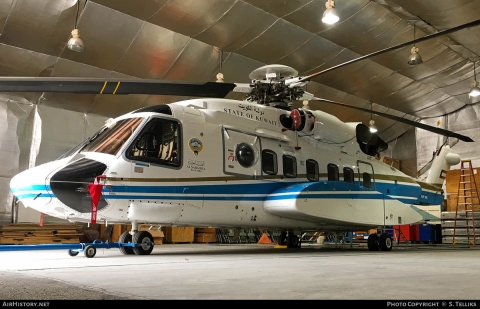 Analysing various logbooks, the Scramble Database and showreports, it seems that, in KAF service, the S-92A only turned up for the general public during a few occasions. Notably, on 15 February 2015, during a Kuwait national festivity day, two were seen flying during the parade over Kuwait City. Later on, only during Kuwait Aviation Shows, a single S-92A was shown on static. The last one was shown to the public in 2018. 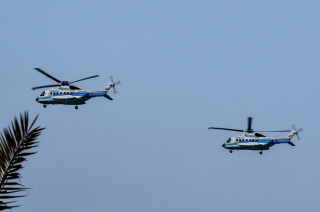 Despite that every KAF aircraft and helicopter was showed to the public during the Kuwait Aviation Show 2020, not a single S-92A was sighted.

Any information regarding the S-92A in KAF service, or their fate, would be most welcome. Please drop us a line at This email address is being protected from spambots. You need JavaScript enabled to view it.

The following S-92As were delivered to the KAF: