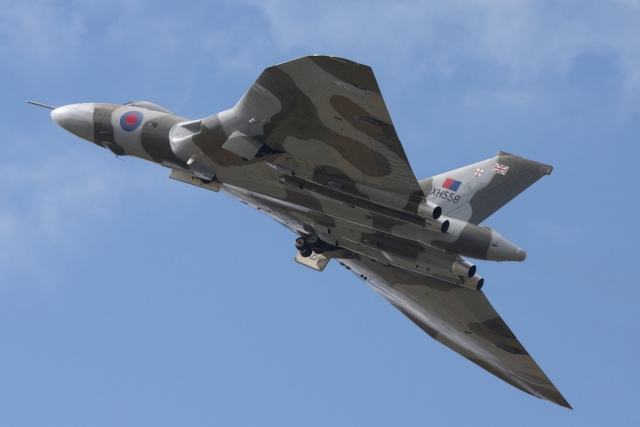 Vulcan looking for a new home

There is no future for Avro Vulcan XH558 (G-VLCN) at its present home, Doncaster Sheffield Airport.

The Vulcan to the Sky Trust (VTST), the charity behind the restoration and the return to flight of XH558, announced on 15 August 2022 that the iconic V-bomber has to leave the airport before June 2023.

Earlier this year, on 6 February 2022, Scramble reported on the failed attempt to raise enough money to build a dedicated hangar and visitor center for XH558.

Vulcan XH558 flew into the airport in March 2011 and for a number of years, millions of supporters were able to see and hear her fly! After the Vulcan was grounded in 2015, plans were made for housing and permanent exhibition.

The VTST is currently exploring two possible options for a new home for Vulcan XH558. Obviously the possibilities to get the bomber there are under investigation. It is either a short ferry flight to enable the aircraft to get to a new location intact or to dismantle and move and rebuild her in a dedicated permanent home.

Considering even a one-off flight demonstrates that the VTST are exploring every option. In the past the CAA has expressed that VTST would not get approval for G-VULC to fly again. So we have to wait and see.

The alternative, dismantling XH558, would be extremely sad but it would mean that ultimately, she will be preserved and will still be able to inform, educate the general public and inspire future generations of engineers. We wish VTST the best of luck!