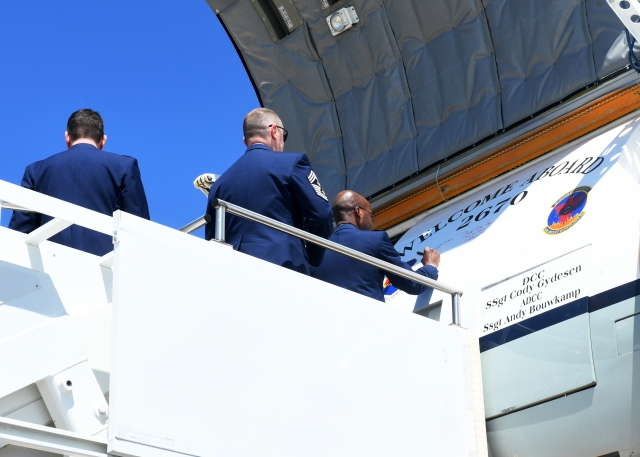 Earlier Scramble Magazine wrote about this particular aircraft and about the nearing end of the Open Skies Treaty.

Originally delivered to the USAF as a C-135B on 25 April 1962, "2670" served as military air transport with the 1501st Air Transportation Wing at Travis AFB (CA). Declared surplus, the aircraft was redesignated as a WC-135B on 1 September 1965, and assigned to the 55th Weather Reconnaissance Squadron at McClellan AFB (CA).

After completing its service as a weather reconnaissance aircraft, "2670" transitioned to the 55th Wing at Offutt AFB (NE) in October 1993. Converted to an OC-135B, the aircraft returned to the wing to serve the Open Skies Treaty in May 1996. 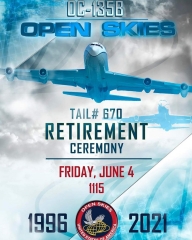 "2670" flew more than 13,000 times with more than 36,500 flight hours. It was stated that this retirement ceremony represented so much more than the aircraft. It represented also the thousands of flight hours and hundreds of aviators who called this aircraft their home for weeks at a time, as they flew alone overseas, unafraid.

It represents hundreds of thousands of hours maintainers spent diagnosing problems and fixing problems in temperatures in well over 100 degrees Fahrenheit and at times well below zero.

According to plan, and if all goes well, on Wednesday 9 June, a 45th Reconnaissance Squadron aircrew will fly the aircraft to the Boneyard near Davis-Monthan AFB (AZ), for placement in permanent storage there.