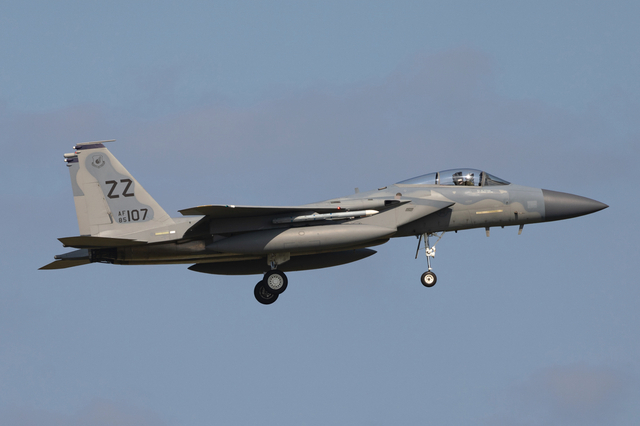 Back in June 2018, Scramble Magazine wrote about Kadena's 18th Wing Shogun F-15C/D Eagles. During that time, while it became known that no major upgrades would be opted for USAF's legacy Eagles, it was uncertain what would happen to those units which operated them.

It recently became known that the first 18th Wing fighters, based at Kadena, Okinawa (Japan), are slated to be withdrawn. The F-15C/Ds, flown by the 44th Fighter Squadron Vampires and the 67th Fighter Squadron Fighting Cocks will lose their aircraft gradually starting from this year's end.

For the USA, and especially the USAF, the Asia-Pacific is like a high-stakes gamble, with allies such as Japan and South Korea sitting at a table with potential adversaries like North Korea and China. In recent years, Kadena, often referred to as the "Keystone of the Pacific", has regularly been the scene of flexing muscles.

Only since a few years, 5th generation fighters, like the F-22A Raptor and the F-35A Lightning II, have been temporary stationed at Kadena. With the obsolete legacy Eagles leaving, both above mentioned fighters have been named to be stationed at Kadena on a more permanent basis. The latter, about which fighter and for how long remains unconfirmed. 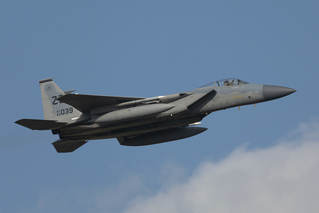 According to the Scramble US Air Force database some 53 F-15C/Ds are based with the two fighter squadrons at Kadena with the distinctive ZZ tail code. No doubt that the first ZZ coded aircraft will loom soon at the 309th Aerospace Maintenance and Regeneration Group, also known as the "Boneyard", situated near Tucson (AZ).

What will happen to the 44th and 67th Fighter Squadrons is at this moment unknown to Scramble Magazine.