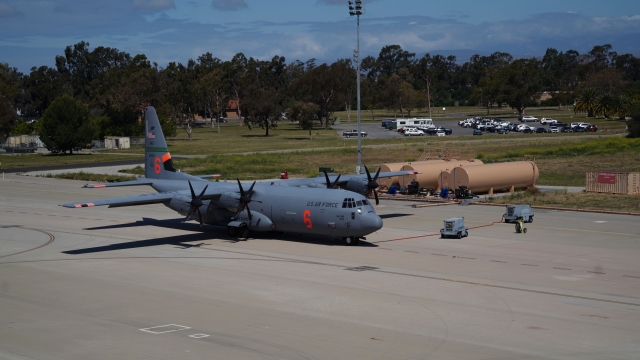 With the installation of the permanent ground tanks known as "MAFFS pits", aerial firefighting agencies can now capitalise on the added benefits they provide, increasing the surge capabilities for all wildfire suppression agencies inside Southern California. Previous legacy tanks at the 146th AW required the ground crews to stop producing retardant at 10,000 gallons. However, the newly upgraded MAFFS pits can expect to extinguish this issue when the wing finally showcases the fire retardant ground storage tank's increased capabilities just in time for the next fire season. Another added capability of these upgraded MAFFS pits is the ability to provide fire retardant for Very Large Air Tankers (VLATs), a valued upgrade that will eliminate potential delays in reloading fire retardant for all aircraft involved.

Previously, the capacity with the older tanks could only allow for up to three fire retardant reloads before there would be a significant delay due to the ground crews having to mix more retardant. It was stated that the new tank's storage size upgrade is a significant and exponentially larger storage size compared to the old system. The ground tank size has increased five-fold from a 10,000-gallon capacity to 50,000-gallons. Beyond the volume increase, another added benefit is the new tanks are enclosed which means they can now have retardant on hand when the fires begin. 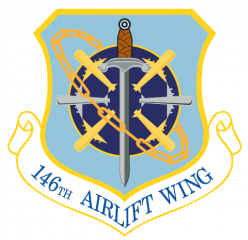 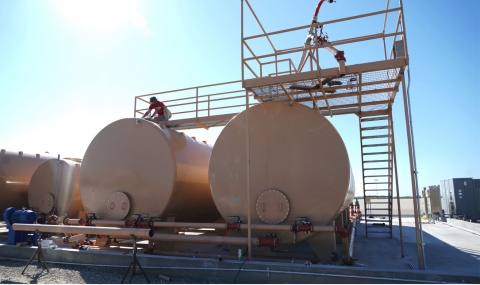 One of the massive tanks uses circulating pumps to mix the water and powder, and the additional 25,000 gallon tank provides storage capabilities for the retardant, and has a built in buffer capability during high demand. Enclosed tanks also mean the retardant in the tanks can be stored for an extended period of time. Channel Islands Air National Guard Station was selected because of its strategic location and unique capability of filling in the void in this region.

MAFFS is utilised as a surge capability for the Forest Service or CAL FIRE when commercial aerial firefighter units are unavailable. The 146th AW, Forest Service, CAL FIRE, and other US Department of Defense MAFFS wings have all actively shared a strong partnership together. Through all of their combined efforts, they have forged many years of time-trusted, joint wildfire suppression operations dating back to the early 1970s.