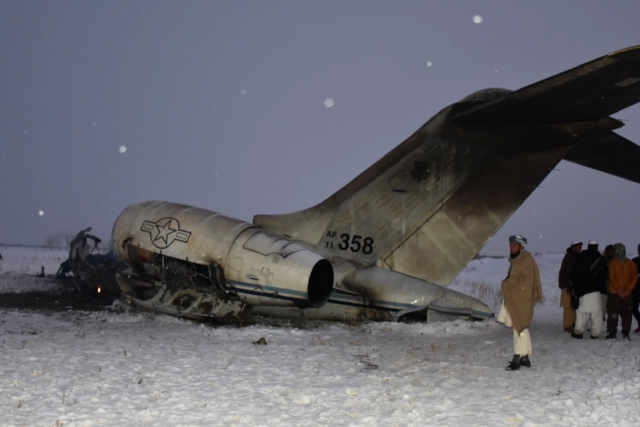 On 21 January 2021, a detailed Aircraft Accident Investigation Board Report (AAIBR) was released. Back then, photos of the wreckage just after the crash raised several questions. The revealing report opens with the following so called executive summary of the fatal accident:

On 27 January 2020, at approximately 13:09 hours LT, an E-11A, tail number (T/N) 11- 9358, was destroyed after touching down in a field in Ghanzi Province, Afghanistan (AFG) following a catastrophic left engine failure. The mishap crew (MC) were deployed and assigned to the 430th Expeditionary Electronic Combat Squadron (EECS), Kandahar Airfield (KAF), Afghanistan. The MC consisted of mishap pilot 1 (MP1) and mishap pilot 2 (MP2). The mission was both a Mission Qualification Training – 3 (MQT-3) sortie for MP2 and a combat sortie for the MC, flown in support of Operation FREEDOM’S SENTINEL. MP1 and MP2 were fatally injured as a result of the accident, and the Mishap Aircraft (MA) was destroyed.

Full details of the 42 page report can be found here. 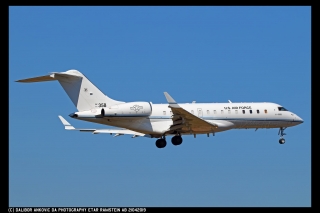 The 430th Expeditionary Electronic Combat Squadron stood up at Kandahar Airfield, Afghanistan on 20 February 2013. The mission of the E-11A is to serve as a BACN, a communications system that provides voice and data connectivity across the battlespace for air and surface operators. The 430th EECS used to have the following four E-11A (and unmanned EQ-4B) assigned:

A replacement E-11A has been requested for in the US Fiscal Year 2021 budget. 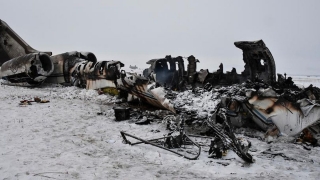