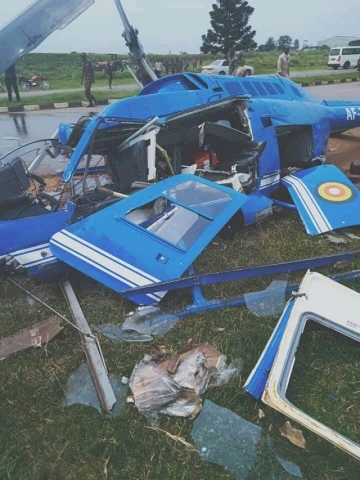 A UPDF spokesperson said in a tweet that the light blue helicopter was being piloted by two cadet trainees on a mutual training flight, when the chopper came down immediately after take-off.

Last week, 5 February 2021, four Uganda Peoples Defense Forces (UPDF) soldiers were injured in a helicopter crash in Somalia, the exact type of which is still unknown. The helicopter belonged to the AU Mission’s Aviation Unit from the Uganda People’s Defense Force. The four soldiers were on a mission to support the AU troops in Lower Shabelle region.