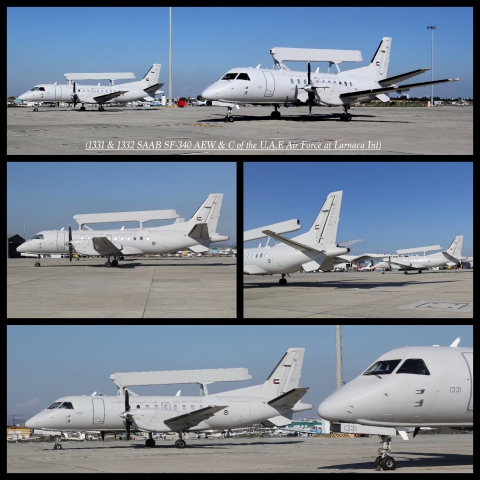 The two Saab 340s, serials 1331 and 1332, were on their way back to Linköping (Sweden). They have become obsolete after the delivery of the new Bombardier 6000 GlobalEye. So far two GlobalEyes have been delivered to the UAEAF, one in April 2020 and one in September 2020.

The UAE ordered the first two GlobalEyes in 2015, plus a third in 2017. Two more aircraft are still on option.